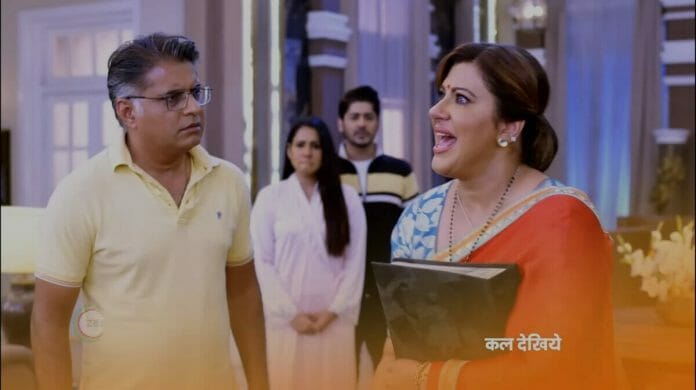 Shraddha Arya and Shakti Arora starrer Kundali Bhagya is one of the top Zee TV show. It has been around for a long time now and it was an audience favorite at all times. Now, Rakhi tries to convince Luthras that Arjun is Karan so it will be interesting to watch that what going to happen in the future episodes.

Earlier it’s seen that, Rakhi asked Preeta to trust her. She reminded Luthras that Panditji also said that Karan is alive and he removed garland from Karan’s photo. Mahesh told her to stop all this because Karan is dead. She pleaded him to not say like that, because Arjun is Karan.

She reminded her that Arjun saved them always. She revealed that how Arjun reacted the way Karan used to react seeing injection. She showed Karan’s birthmark to them and claimed that she saw same birthmark on Arjun’s hand too. Kareena told her that many people can have same type of birthmark. Arjun reached Luthra house to return the suitcase to Rakhi.

In the upcoming episode, Arjun will ask Luthras that if everything is fine. Mahesh will ask him about his parents. Later, Arjun will remove the hair strands which is disturbing Preeta.

What will be Arjun’s reply to Mahesh? How Preeta will react now?