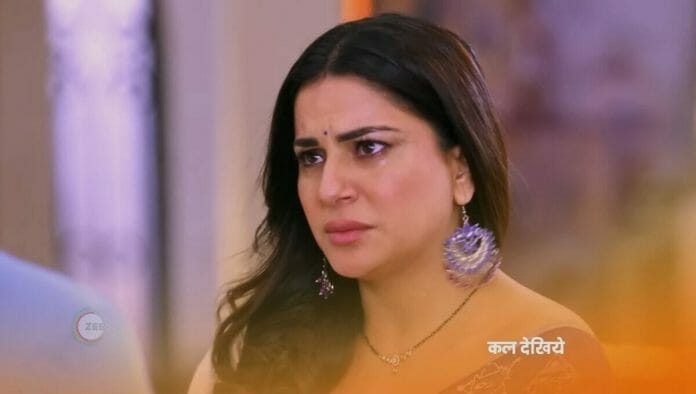 Shraddha Arya and Shakti Arora starrer Kundali Bhagya is one of the top Zee TV show. It has been around for a long time now and it was an audience favorite at all times. Now, Preeta agreed to marry Arjun so it will be interesting to watch that what going to happen in the future episodes.

Earlier it’s seen that, Arjun told Luthras that now he is the owner of Luthra mansion because he has 51% share. He asked Anjali to bring the papers. He revealed that he is going to take over Luthra industries too. Kareena took Rakhi inside and told her that Arjun is not Karan because Karan won’t do anything like this.

She said that Arjun will throw them out of the house. Rakhi assured her that, that won’t happen because Arjun is Karan. Luthras questioned Arjun that why he is doing like this. Arjun said that it’s just a business. Anjali gave the papers to Rishabh. Kavya returned from school and she hugged Arjun and spilled juice on his dress by mistake.

Arjun entered Karan’s room to wash. He wore Karan’s jacket and got emotional. Rakhi recorded everything. Preeta receives the report and she got shocked learning that Karan and Arjun’s fingerprints matched and she tells about it to Srishti. She went inside to tell the truth to Rakhi.

Rakhi tried to show the video to Dadi. But Dadi refused to see saying that Rakhi’s behaviour affected Luthras. She cried saying that she also lost her grandson. Rakhi apologized to her.

In the upcoming episode, Arjun will tell Preeta that if she married him then he won’t snatch the Luthra house from Luthras. Preeta will agree to marry Arjun. Luthra ladies and Anjali will be shocked hearing Preeta.

Why Preeta agreed to marry Arjun? How Rishabh will react now?