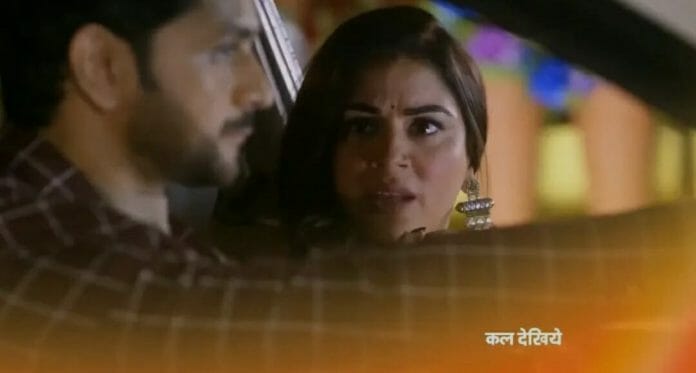 Shraddha Arya and Shakti Arora starrer Kundali Bhagya is one of the top Zee TV show. It has been around for a long time now and it was an audience favorite at all times. Now, Arjun framed Prithvi so it will be interesting to watch that what going to happen in the future episodes.

Earlier it’s seen that, Preeta struggled to breathe properly. Arjun complimented her to divert her attention. He took her out of the library. She asked him about his behaviour. She reminded him that she is a married woman. He told her that he is not interested in her because she is not his type.

Prithvi realized that his phone is missing. Preeta found Prithvi’s phone in the washroom. She noticed that recording is on. Arjun told Prithvi to stay away from Preeta and Luthras. He said that Prithvi will end up in jail today. Preeta told Prithvi that he stoop so low today.

Prithvi asked her that what he did. She told him everything. He defended himself. He said that he is sure, Arjun is behind all this. Other ladies and Preeta beat Prithvi up. Police came there and arrested Prithvi.

Anjali apologized to Rishabh. Rishabh told her to find out the reason. He left the office. Arjun learnt that Preeta’s car is not working. He offered lift. She asked him to drop her at Arora house.

In the upcoming episode, Preeta will visit the temple with Arjun. Rishabh will come to that temple. Other side, Prithvi will tell Police inspector that Arjun is behind all that. But Police inspector will refuse to believe him.

Will Rishabh spot Arjun with Preeta? What Prithvi will do to prove his innocence?