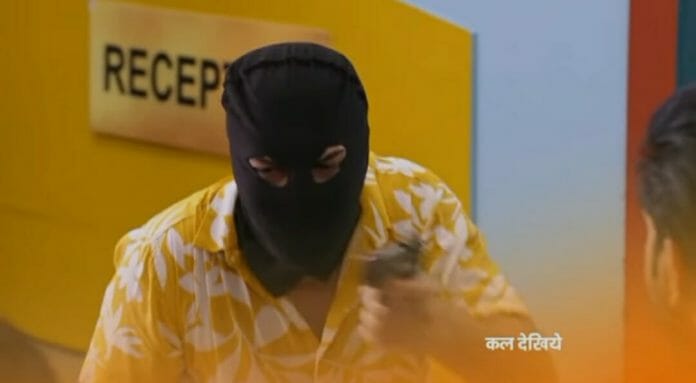 Shraddha Arya and Shakti Arora starrer Kundali Bhagya is one of the top Zee TV show. It has been around for a long time now and it was an audience favorite at all times. Now, Students, Preeta and Arjun are in Terrorists custody so it will be interesting to watch that what going to happen in the future episodes.

Earlier it’s seen that, Arjun told Preeta that she brought him to the school. Preeta shook her head. She asked him to return if he can’t risk his life for his loved one then. Rishabh tried to sneak into the school. Sherlyn stopped him and asked him to not go there. He informed her that his daughter is in danger.

She said that everything happening due to her curse so she will pray for his daughter safety. Preeta found Kavya and hugged her. Kavya learnt that Arjun is in the school. She told other students that they will be rescued because Arjun is there. Sherlyn told Police inspector that Rishabh trying to enter the school through back door.

Terrorists spotted Prithvi. Prithvi told them that, that’s a VVIP school. He impressed Terrorists with his speech. He joined hands with them. Police inspector stopped Rishabh from entering the school. One of the Terrorist caught Arjun.

In the upcoming episode, Prithvi will ask Rishabh to arrange 20 crore or else the latter will see dead body of Kavya. Sherlyn will tell Luthras that she worries about Rishabh and she missed him.

Kareena tauntingly will ask her about Prithvi. Prithvi will ask Arjun that why the latter risked his life for Kavya. Arjun will scream that Kavya is his daughter.

Why Arjun said like that? Will everyone learn that Prithvi joined hands with Terrorists? What Sherlyn will say to Kareena?