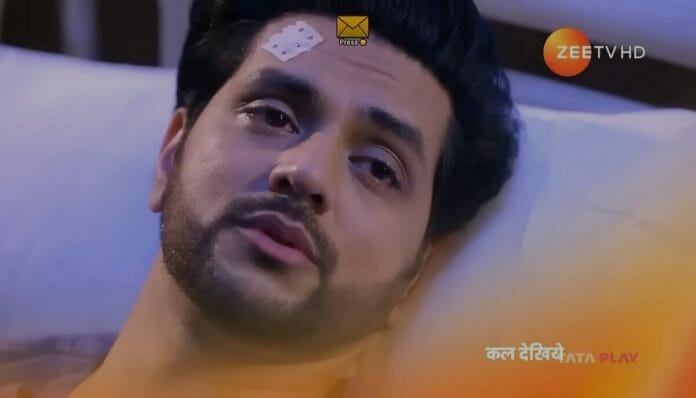 Shraddha Arya and Shakti Arora starrer Kundali Bhagya is one of the top Zee TV show. It has been around for a long time now and it was an audience favorite at all times. Now, Rakhi told Preeta and Srishti to find out if Arjun is Karan so it will be interesting to watch that what going to happen in the future episodes.

Earlier it’s seen that, Preeta and Srishti hided seeing Arjun. Arjun asked Srishti’s friend that who sent the latter. Srishti friend escaped from there and he dropped Karan’s locket which he found. Anjali asked Arjun that who would have sent fake IT officers. Arjun told her that Luthras want to know his truth so they did this.

Preeta and Srishti got confused hearing him. They clicked photos of few documents and escaped from there. Arjun noticed that his locket is missing and he assumed Luthras got to know his truth. He told Anjali that he will tell Luthras that he is Karan and left the house. Other side, Rishabh entered Luthra house.

He noticed Rakhi is not happy seeing him. Arjun came there. Rakhi got emotional and welcomed him. Rishabh noticed Rakhi’s expression. He thanked Arjun for saving Luthras.

Preeta came there and she assured Rishabh that everyone is fine. Srishti hugged Rishabh. Anjali found Karan’s locket and she called Arjun and informed him about it.

In the upcoming episode, Rakhi will tell Preeta and Srishti that Arjun told her that he is Karan. Other side, Prithvi will tell Anjali that he know Arjun is Karan. Preeta will call Arjun as Karan.

What Anjali will tell to Prithvi? How Arjun will react now?