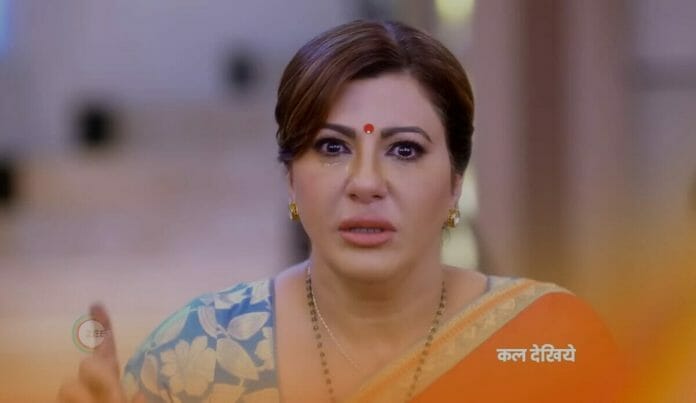 Shraddha Arya and Shakti Arora starrer Kundali Bhagya is one of the top Zee TV show. It has been around for a long time now and it was an audience favorite at all times. Now, Rakhi is claiming that Arjun is Karan so it will be interesting to watch that what going to happen in the future episodes.

Earlier it’s seen that, Anjali scolded Preeta for not staying away from Arjun. She claimed that they are ready to take over Luthra industries. Preeta said that it looks like Anjali instigates Arjun against Luthras and she left the hospital. Mahesh and Kareena entered Karan’s room but Rakhi was not there.

Rakhi thanked God for returning Karan to her. She told Girish to gather everyone in the hall. Anjali informed Arjun that his discharge process is over. She tauntingly said that Arjun is not emotionally connected with her like how he is with Luthras. He reminded her that he is also Luthra. He said that he want Rakhi’s love and support like before. They reached home.

Arjun learnt that Rakhi’s suitcase reached his home by mistake and he left for Luthra mansion to return it to Rakhi. Other side, Rakhi told Luthras that Karan is alive. Preeta asked her that why Karan did not meet her. Rakhi claimed that Arjun is Karan which shocked everyone.

In the upcoming episode, Rakhi will remind Luthras that Panditji said Karan is alive and how he removed the garland from Karan’s photo.

Will Luthras trust Rakhi? What Rakhi will do next? Will Arjun come there?