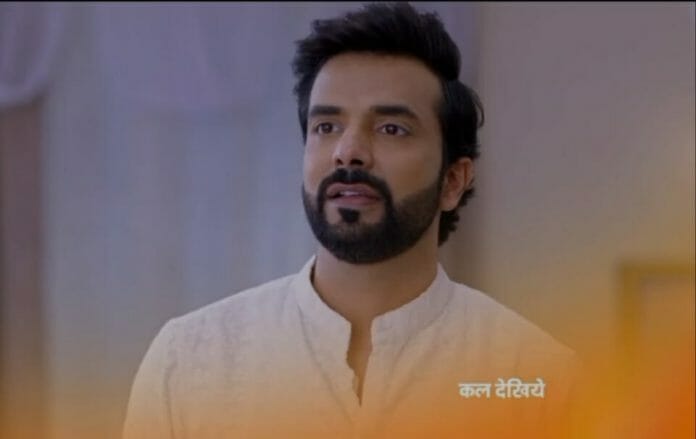 Shraddha Arya and Shakti Arora starrer Kundali Bhagya is one of the top Zee TV show. It has been around for a long time now and it was an audience favorite at all times. Now, Anjali executes her plan against Rishabh so it will be interesting to watch that what going to happen in the future episodes.

Earlier it’s seen that, Rishabh dropped Anjali at her home. Anjali acted like spraining her leg and took him to home. She told servant to bring tea. She took Rishabh to study room to check the legal papers. She forced him to drink. Rakhi noticed that diya goes off. She got worried telling Dadi that it’s a bad omen.

Servant gave tea to Rishabh. Anjali complimented Rishabh. Rishabh felt uncomfortable and he tried to leave from there. He picked Kavya’s video call and told her that he will reach the home in few minutes.

Anjali dragged him towards her and tried to force herself on him. He pushed her and yelled at her and left from there. He reached his home and decided to hide about Kavya’s actions from Preeta.

In the upcoming episode, Rishabh will ask Rakhi that where is Preeta. Rakhi will inform him that Preeta went to market to buy puja ingredients. In the market, Arjun will beat a guy for touching Preeta.

Preeta will yell at him for claiming her as his wife. She will say that she is Rishabh’s wife. He will tell her that she is Karan’s wife.

Why Rishabh searching Preeta? How Preeta will react now?