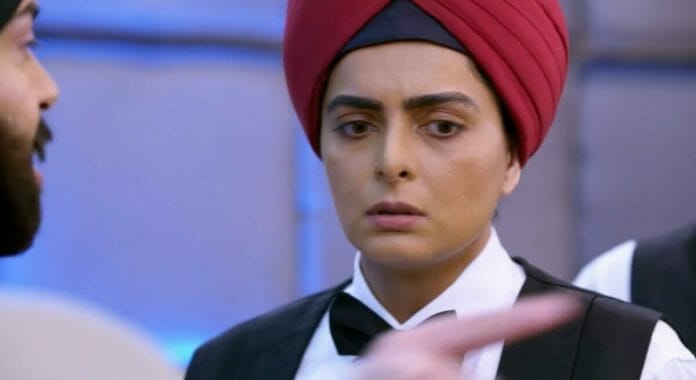 Shraddha Arya and Shakti Arora starrer Kundali Bhagya is one of the top Zee TV show. It has been around for a long time now and it was an audience favorite at all times. Now, Arjun destroyed the wedding anniversary cake so it will be interesting to watch that what going to happen in the future episodes.

Earlier it’s seen that, Anjali reminsed of Arjun’s actions. Raja asked Prithvi that why the latter want to ruin Rishabh’s party. Prithvi lied that he and Rishabh were business partners and Rishabh betrayed him.

Arjun told Rishabh that he got drunk and he went to Preeta’s room. Prithvi introduced Sherlyn to Raja and others. Arjun tripped and fall and Preeta held his hand. He asked her to not take his proposal seriously. Prithvi met Kavya. He told Sherlyn that Kavya is Karan and Preeta’s daughter.

In the upcoming episode, Beeji will ask Srishti to bring the cake. Arjun will tell Anjali that how Preeta saved him. They will see Preeta with Rishabh. She will tell him that Preeta would have thought Rishabh is good person that’s why she would have married him.

He will say that Preeta married Rishabh for money. He will add that he can see love for Rishabh in Preeta’s eyes. She will tell him that Preeta is comfortable with Rishabh. Srishti will come there. She will make Arjun say that they are like family members.

She will take him to the kitchen. Raja will question Sherlyn and Prithvi. Sherlyn will reveal that Rishabh is her ex husband. She will say that she know where lockers placed so she will steal the money. She will explain her plan to them.

Arjun will tell Srishti that maybe Preeta loved Rishabh but married Karan. Srishti will tell him that he has no idea that how much Preeta suffered so he should not judge her. Anjali will ask Preeta that if it was love at first sight. Preeta will tell her that it was respect at first sight. Sherlyn will sneak into Rakhi’s room.

She will search money but finds nothing. In the kitchen, Srishti will tell Arjun to pick the cake. She will bring the trolley. He will drop the cake deliberately. He will apologize to her. Anjali will say that she will arrange new cake.

Will Sherlyn get anything from Rakhi’s room? Will Anjali confront Arjun about cake?