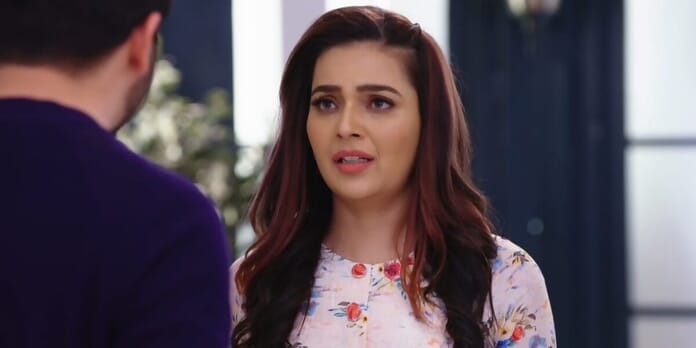 Zee TV show Kundali Bhagya has been around for a long time now and it was an audience favourite at all times. Now, Rakhi supporting Karan and Preeta so it will be interesting to watch that what going to happen in the future episodes.

Earlier its seen that, Rakhi said to Sherlyn that Preeta is pregnant. Sherlyn opposed her and the latter slapped her. Dadi told Sherlyn that the latter is jealous of Preeta that’s why she is saying all this. Sherlyn said to them that she knew that they will behave like this and revealed that she has an evidence to prove her claims. Kritika brought Karan and Preeta downstairs. Dadi and Kareena questioned Preeta and scolded her for hiding the truth from them. Sherlyn
asked Preeta that why the latter lied to them. Karan asked her to stay silent. He defended Preeta saying that he stopped her from telling the truth and he wanted to tell them at the right time. Mahesh came there and Sherlyn gave the report to him and said that Preeta can’t conceive never.

Karan lashed out at Sherlyn for that and revealed that they have hope still and report may come tomorrow. Dadi scolded him for supporting Preeta. Preeta told her that it was her mistake and asked her to not say anything to Karan. She said to them that seeing their excitement and Mahesh’s condition she could not reveal the truth. Kareena told her to go to Arora house for few days. Karan said to her that Preeta won’t go anywhere. Rakhi supported Karan and Preeta saying that no one understood their pain. She praised Karan for supporting Preeta in this difficult situation.

In the upcoming episode, Luthra’s will be shocked seeing Sonakshi in Luthra mansion. Karan will ask her that why she came. She will tell him that she came for Preeta.

Why Sonakshi came to Luthra mansion? How Preeta will treat Sonakshi?