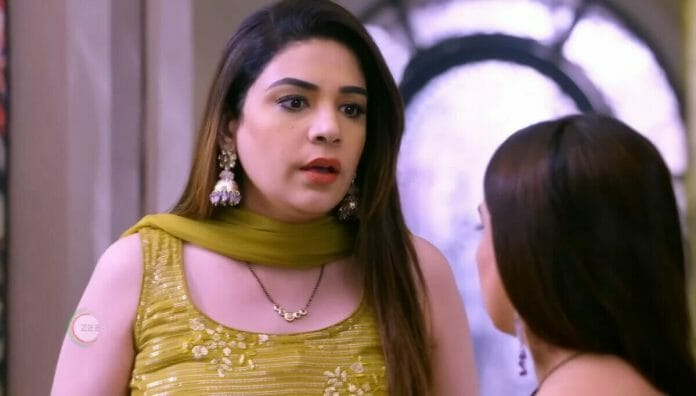 Shraddha Arya and Shakti Arora starrer Kundali Bhagya is one of the top Zee TV show. It has been around for a long time now and it was an audience favorite at all times. Now, Preeta and Srishti trying tol find out if Arjun is Karan so it will be interesting to watch that what going to happen in the future episodes.

Earlier it’s seen that, Anjali informed Arjun that she have his locket. She asked him to return home. Arjun thanked Rakhi for supported him always. Preeta took Rakhi inside. Rakhi told her that Arjun said that he is Karan. Preeta went to Arjun and called him as Karan. She yelled at him for not telling the truth to her. She learnt that he know about Kavya still he remained silent.

She said that she was dying every moment without him. Luthras hugged Arjun one by one. Srishti said that she already said Arjun is Karan. Arjun asked her that when did he said he is Karan. And everything turned out to be Preeta’s imagination. Preeta asked Rakhi that if Arjun said that. Rakhi told her that Arjun called her as mom.

Preeta told her that they did not confirm anything. Anjali saw Prithvi and asked him that what is he doing in her home. Prithvi claimed that he know Arjun is Karan.

In the upcoming episode, Preeta will ask Arjun that if he is Karan. Later, Srishti will show the photo to Preeta in which Karan’s locket is visible.

What will be Arjun’s reply to Preeta? What Preeta will do now? Why Preeta asked like that to Arjun? What is Prithvi’s plan this time?