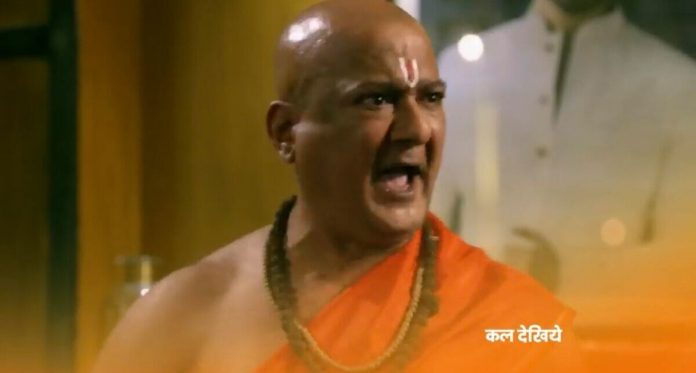 Shraddha Arya and Dheeraj Dhoopar starrer Kundali Bhagya is one of the top Zee TV show. It has been around for a long time now and it was an audience favorite at all times. Now, Pandit Vashishth says that destiny will bring Karan to Preeta so it will be interesting to watch that what going to happen in the future episodes.

Earlier it’s seen that, Arjun got engaged to Nidhi. Mayank informed Arjun that they lost the auction. Arjun fired him and booked flight for India. Nidhi told him that he can’t leave and she don’t want her this marriage too become bad memory. He convinced her and promised to return in a week. He reached India and met with an accident. Meanwhile, Preeta felt like something bad happened. She searched Kavya and found her playing with Girish. Arjun’s staff Manish admitted Arjun in the hospital and he informed about Arjun’s accident to Mayank. Anjali who was in India learnt about Arjun’s accident. Rakhi kept a puja in the house. Pandit Vashishth entered the house.

Pandit Vashishth will notice Karan’s photo and he will remove garland from it. He will yell at them for putting garland on Karan’s photo. Rishabh will inform him that Karan is not alive. Pandit Vashishth will say that Karan is alive and he is sure about it. Preeta will run to her room. He will ask her to remember Karan and destiny will bring Karan to her. Rishabh will ask him to not play with their emotions.

Will Preeta believe Pandit Vashishth’s words? What happened to Karan?