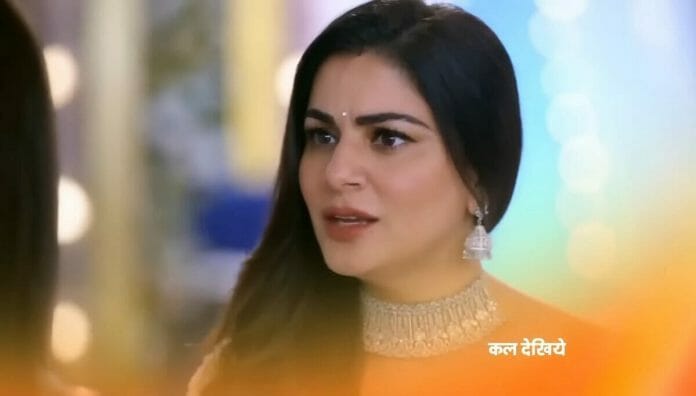 Shraddha Arya and Shakti Arora starrer Kundali Bhagya is one of the top Zee TV show. It has been around for a long time now and it was an audience favorite at all times. Now, Prithvi and Sherlyn sneaked into Luthra mansion and they met Kavya so it will be interesting to watch that what going to happen in the future episodes.

Earlier it’s seen that, Rishabh and Preeta exchanged varmala. Arjun got drunk and went upstairs. Anjali followed him. He told her that he love Preeta and he want to keep Preeta with him.

He said that he is incomplete without Preeta. He went to Preeta’s room. He proposed Preeta. She told him that she is Rishabh’s wife. He tried to marry her so she pushed him. He passed out. Anjali apologized to Preeta and said that Arjun proposes everyone in his drunk state.

In the upcoming episode, Arjun will wake up. Anjali will reminses of Arjun’s actions. He will ask her about Preeta’s reaction to his proposal. She will tell him everything. Raja will ask Prithvi that why the latter want to ruin Rishabh’s party.

Prithvi will lie that he and Rishabh were business partners and Rishabh betrayed him. Vishnu will distribute gun to everyone on Raja’s behest. Rishabh will ask Preeta that what happened.

Preeta will try to say something but will stop after seeing Arjun and Anjali. Arjun will tell Rishabh that he got drunk and he went to Preeta’s room. Kareena will take them for cake cutting. Sherlyn will drag Prithvi to a room. He will be surprised seeing her there.

He will introduce Sherlyn to Raja and others. Arjun will trip and fall and Preeta will hold his hand. He will thank her. She will tell him that she expected sorry from him. He will ask her to not take his proposal seriously.

Prithvi will meet Kavya. He will tell Sherlyn that Kavya is Karan and Preeta’s daughter. Anjali will ask Preeta that if the latter fell in love with Rishabh the moment she saw him.

What Preeta will reply to Anjali? Will Prithvi meet Kavya again?