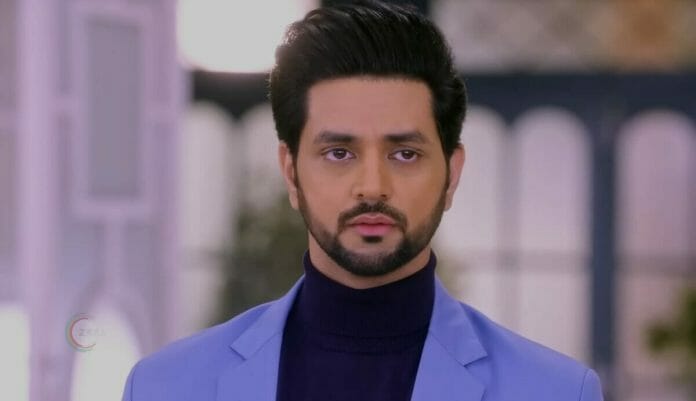 Shraddha Arya and Shakti Arora starrer Kundali Bhagya is one of the top Zee TV show. It has been around for a long time now and it was an audience favorite at all times. Now, Preeta agreed to marry Arjun because she thinks he is Karan so it will be interesting to watch that what going to happen in the future episodes.

Earlier it’s seen that, Rakhi told Rishabh that he married Preeta for Kavya and Preeta’s safety and now Karan has returned. Rishabh told her that Preeta agreed for this marriage so Arjun don’t throw them out of the house. Rakhi challenged him that the marriage will happen no matter what. Kareena scolded her for talking rudely with Rishabh.

Rakhi told Preeta that they are doing the right thing. Preeta told her that she felt Arjun is Karan that’s why she agreed for the marriage. Mohan learnt about Arjun and Preeta’s marriage and he told about it to Prithvi. Anjali thought she would not have suggested Arjun to take over Luthra mansion if she knew Arjun will do something like this then.

She asked Arjun to cancel the marriage. Arjun called Preeta and told her to divorce Rishabh. Rishabh heard that. He told Preeta that he never questioned her so he won’t question her now too. He agreed to divorce her.

Rakhi told them that they did not become normal couple because Karan was in Preeta’s heart after marriage too. She said that it’s time for Karan and Preeta’s reunion.

In the upcoming episode, Preeta and Rishabh will reach the court for divorce. Srishti will ask Arjun that why he want to marry Preeta. Arjun will reply that he want everything which belongs to Rishabh.

Will Srishti let the divorce happen? What will be Srishti’s reply to Arjun? Is Arjun telling the truth?