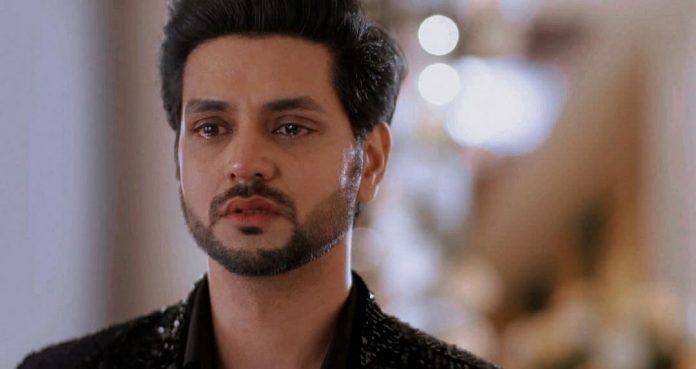 Shraddha Arya and Shakti Arora starrer Kundali Bhagya is one of the top Zee TV show. It has been around for a long time now and it was an audience favorite at all times. Now, Raja learns that Arjun and Rishabh are brothers so it will be interesting to watch that what going to happen in the future episodes.

Earlier it’s seen that, Arjun got stuck between Dadi and Beeji. He told them that both are his girlfriends. He collided with Preeta without seeing her. He felt her presence and saw her.

She looked at Arjun and she wondered why she felt Karan’s presence. Rishabh and Preeta danced together. Arjun felt bad seeing that so he went upstairs. Kavya saw him crying and she cheered him up.

Sherlyn learnt that Prithvi gave treat to his friend for marriage anniversary. Arjun adjusted Preeta’s bindi. So Preeta yell at him. She asked him that what he wants. He told her that he wants her.

In the upcoming episode, Arjun will say to Preeta that he wants her to move. He will take the laddu box from microwave oven. Rishabh will tell Sameer that the latter should consider himself lucky because Srishti loves Sameer.

He ask him to keep Srishti happy. Sameer will say that everyone takes Srishti’s side. Preeta will ask Arjun to stop flirting with her. He will reply her that he did not flirt with her. He will adjust Srishti’s hair and he will compliment her. Srishti will thank him. He will ask Preeta to learn manners from Srishti and leave from there.

Preeta will say that Srishti should have slapped Arjun for touching the hair. Srishti will say that Arjun is good person. Rakhi will scold Rishabh on Arjun’s behest. She will tell him that Kavya is like him. Prithvi will sneak into Luthra house.

Everyone will dance. So Arjun will dance with Preeta. Preeta will go to upstairs in the middle of the dance. Raja will tell his gang that Arjun hired them to hurt Rishabh but it’s Arjun who saved Rishabh.

Vishnu will recall that how Arjun said that Rishabh is his brother. He will tell Raja that Rishabh and Arjun are brothers.

What is Raja’s plan? What Prithvi will do?