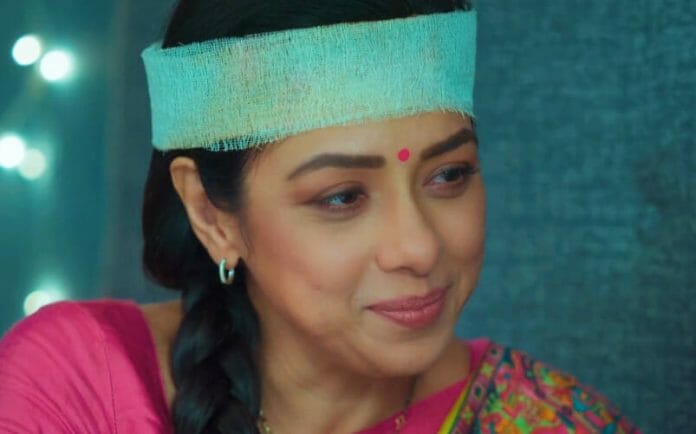 Pakhi will convince Vanraj and Leela that because of Dimple, she might land in trouble. Vanraj, Leela will worry for Pakhi.

In today’s episode, Anupama decide to meet Pari and Hasmuk. Leela asks Anupama not to bring Dimple to her house. Anupama decide to see Pari and Hasmuk later. She further knocks at Pakhi’s door. Pakhi refuse to open the door. She disrespects Anupama by calling her aunty. Pakhi asks Anupama to take care of Anu and Dimple. Anupama says if she would not have not bothered about Pakhi than she would not have come to her door to know about her whereabouts.

Pakhi refuse to open the door. Anupama give advice to Pakhi to not open the door for any stranger like she didn’t do for her. She further keeps cake near the door and leave. Pakhi take away the cake. Dimple feels sorry for Anupama. Inspector inform Anuj that Dimple’s criminal belong to influential family. He tells to Anuj that due to pressure he might have to leave the case. Anuj is stressed.

Dimple gets happy seeing Anupama’s dance academy. Samar joins Dimple, Anupama. They encourage Dimple to start afresh. Later, Anuj learn that Dimple’s criminal got the anticipatory bail. He instructs Ankush and Barkha to look after Anu and don’t let anyone enter the house without security checking. He decides to go to Anupama, Dimple.

In the upcoming episode, Dimple’s health will worsen. Hasmuk will bring Dimple and Anupama to his house. Elsewhere, Pakhi will poison Vanraj and Leela’s mind against Anupama, Dimple. Will Vanraj plot against Dimple, Anupama? Time will tell. Keep watching the show mon-sun for more entertainment.