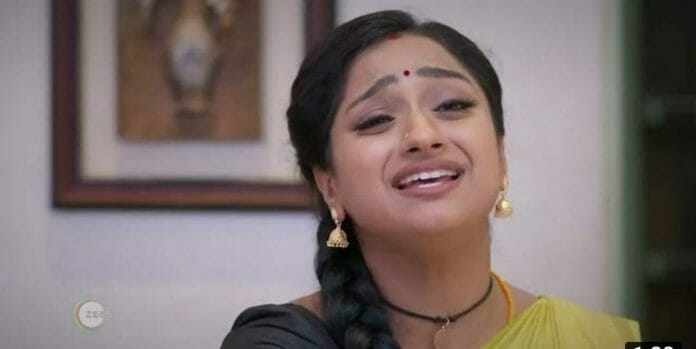 Maari is newly launched show of ” Zee Tamil”. Maari has the innate ability to see the future and foresee impending dangers. Now series focuses on Sreeja joins her hands with Thara against Maari

In the previous episode we saw; Devasthanam people honoured Jagadish family. They handover the temple Kalasam to Maari reasoning it’s their tradition to handover the Kalasam to eldest daughter in law of Jagdish family. After Devi, Maari has the rights to perform the pooja.

Thara demanded Shankarapaandi to steal the Kalasam to create bad name to Maari. Maari threatened to kill herself if she fail to find out Kalasam. Surya leave to search for the Kalasam to save Maari’s life.

Later, Mahesh’s daughter fainted down. They noticed snake bite on her leg. They admitted her in hospital. His wife demanded him to handover the Kalasm to Surya or else they will lose their daughter. He decided to return the kalasam.

He will chase the Mani to snatch the Kalasam from him. He will throw the Kalasam on well and escaped from there. Meanwhile, Surya will return the home with Kalasa and save Maari from danger. Temple people will honour Maari and Surya behalf of Devi.