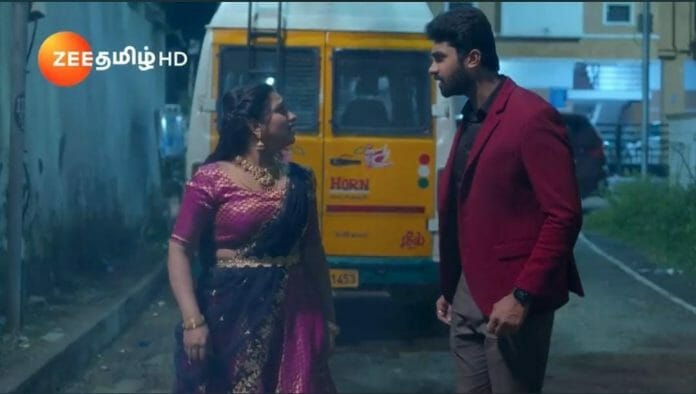 Maari is newly launched show of ” Zee Tamil”. Maari has the innate ability to see the future and foresee impending dangers. Now series focuses on Vickram to learn about Maari’s super power

Later, Thara contacted a mysterious girl and share something in secret. Later, Thara demanded Maari to sign in the divorce paper. She denied it reasoning she won’t back off from her words. Thara provoked Surya to convince her. But Surya supported Maari there.

In the upcoming episode viewers will see; Surya will take Maari out. He will stop the car to buy a water bottle. Maari will hear someone crying sound. She will inquire Sneha what happened to her?