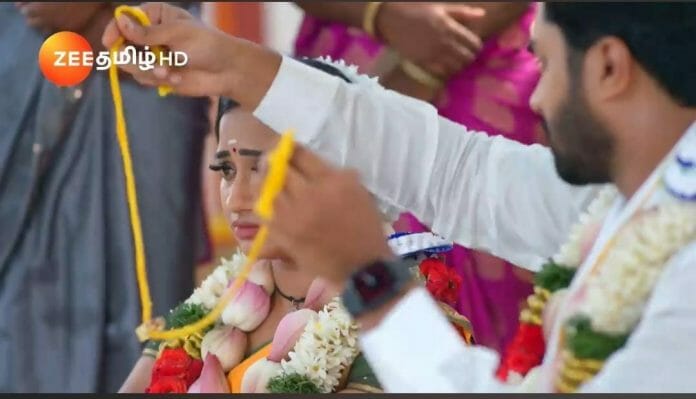 Maari is newly launched show of ” Zee Tamil”. Maari has the innate ability to see the future and foresee impending dangers. Now serial focusing on Maari will be in Dilemma

In the previous episode we saw; Thara shared to Anand that Jagdish planned something secretly. She wished to find out the truth. Meanwhile Jagdish convinced Surya and send him from there. Surya thanked doctor for supporting him to hide the truth from Surya.

Surya overheard it all and asked him why did he pretend like sick? He won’t marry Maari. Jagdish said to him it’s important decision in his life he might marry Maari. Surya think that he was stone heart. He won’t accept Maari as his wife even after he married to her. Jagdish nod with him. Surya thought he believe Maari she won’t marry him.

In the upcoming episode viewers will see; Surya will sit on mandap. Jagdish will ask Kishore to bring the bride to mandap. Kishore will tell him that Maari missing. Surya will get happy to hear it. Later Maari will be confused.

Devi will tell Maari that both Surya and Maari destined to be together. She will ask Maari to marry Surya. Maari will reach the mandap. Surya will tie knot with her without option.