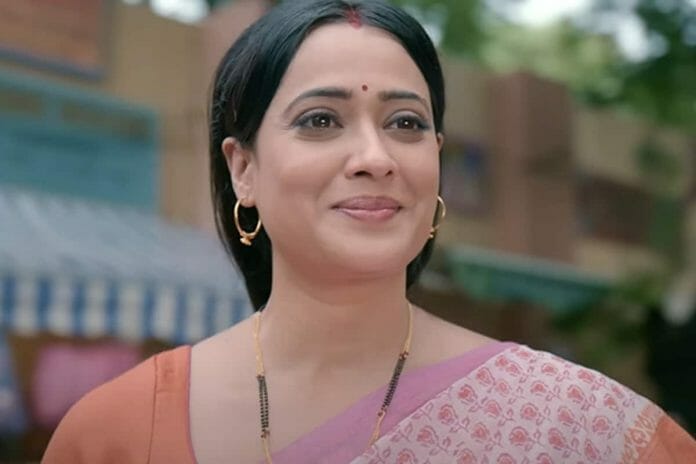 The episode starts with Aparajita saying to Disha that she will not wear the ring nor celebrate Marriage anniversary. Disha asks Aparajita what will she do? Aparajita says she decided to leave home but she is worried about Akshay. Disha says she will fix cameras in Akshay’s room and there is no need to worry about Akshay.

Aparajita recalls what Disha said. Chavi comes and hugs Aparajita and apologises to Aparajita for her behaviour with her. Chavi says Veer made her realise her mistake. Veer comes to Aparajita and Chavi. Chavi says Veer told her that there were a lot of issues between him and Ritika. Chavi says Veer told her that Ritika only loved him for his money and when he knew about Ritika’s true character he left her. So Ritika and her sister made a fake video of hurting herself and tried to blackmail money from him. Veer apologises to Aparajita on behalf of Chavi as she suspected her. Veer says she can look for any clues and says if she finds them then he will accept any kind of punishment. Chavi leaves from there. Veer later tells Aparajita that in this generation that girls listen to their lovers more than their parents. Veer says he will never tell Chavi the truth and she will never know what happened. Aparajita comments on it. Veer leaves from there. Mohini thinks Aparajita will get her marriage anniversary gift today.