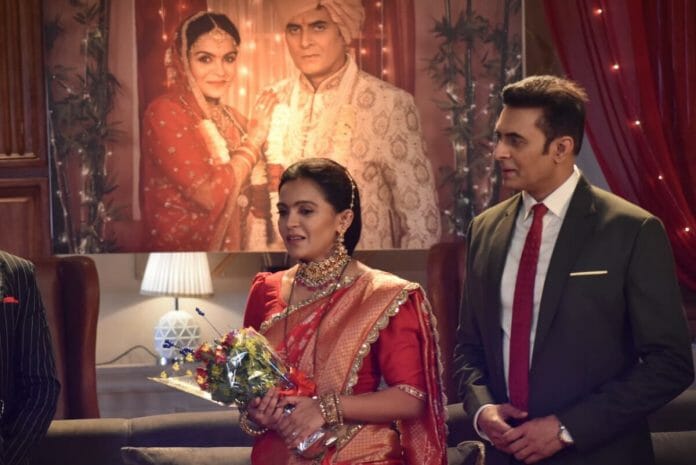 Harshad Chopda and Pranali Rathod’s Yeh Rishta Kya Kehlata Hai is gearing up for major drama. The most awaited adoption track is all set to reach its climax. Who amid Abhimanyu and Neil is adopted? Well, time will tell.

Abhimanyu leans upon Akshara. Neel interrupts Abhimanyu and Akshara. He informs that Manjiri is calling them. Abhimanyu think he needs to take Akshara to some other place for their honeymoon else Neel and his sleep will keep interrupting them.

Manjiri tried to destroy the adoption papers. Harsh spots Manjiri destroying the paper and confront her. Manjiri says to Harsh that it is just a waste. She asks staff to throw the garbage. Adoption paper slips from Manjiri’s hand. Parth argues with Shefali for not giving him space. Shefali and Parth fail to see the paper. Neil too fails to see the paper too. Later, paper reach to Akshara but she decide to ignore.