The episode starts with Kirti asks Garv to not to cry saying that she is with him and he dont have to get scared. Kirti then looks at the goons who playing cards outside the room and asks them to open the door. Goons says to themselves that they have to take proper care of the kids otherwise Sajjan wont spare them. Kirti falls to the ground and cries asking to open the door. Garv also cries loudly. Krishna talks to someone on the call and asks them to find the kids as soon as possible.

Adarsh thanks that he cant let Pratigya die infront his eyes so he has to do something and leaves the place ignoring Komal who asks where is her going. Kirti recalls Pratigya’s words were she told them they have to fight till the end then only god will also help them. Kirti goes to Garv and instructs him what they have to do. Goons wonders why there is no house they decides to check the room and gets shocked seeing the kids are not there. Garv and Kirti hides behind the door.

Krishna asks Garv and Kirti did they see any familiar face or heard something. Kirti explains how they escaped from the goons when Krishma asked them did the goons freed them or they escaped. Sumitra looks at Sajjan and thinks his mens are also just like him. Adarsh smiles seeing the kids and Krishna. Kirtii tells Krishna that they dont have any idea who it is. Sumitra interrupts them and says to Krishna why he is questioning the kids when they all know its Pratigya who did this. Kirti tells Krishna how Pratigya tried to save them from the goons also the one time they almost escaped following Pratigya’s instructions but the goons stopped them and hit Pratigya with a rod then cries saying she dont know what’s happened to Pratigya and cries.

Krishna goes to open the door of the dark room. Everyone goes behind him. Krishna asks the door keys to which Sumitra says it’s with him Only.

Adarsh takes a stone and breaks the lock with that. Sumitra tells she will be really happy if Pratigya is dead already. Sajjan tells that he wish whatever she told becomes true. Krishna asks Pratigya to wake up then takes her in his arms and goes to the room. Everyone goes behind him. Krishna asks Pratigya to wake up. Adarsh tells everyone that Pratigya is not breathing. Kirti cries and tries to go to Pratigya but Sumitra stops her and reminds her about her warning. Krishna gives mouth respiration to Pratigya. Everyone turns their face other side and Sumitra makes some crude remarks.

.Pratigya wakes up and cries loudly seeing Garv and Kirti and hugs them saying they didnt hurt right and kisses them. Garv and Kirti also hugs and cries with Pratigya. Pratigya tells if anything happened to them then she wont survive. Krishna asks Pratigya to forgive him for whatever he did to her and the false allegations he puts on her and begs her not to leave the house saying she can stay here how long she wants and no one will say anything to her. Adarsh and Kesar gets happy. Sumitra, Sajjan and Komal leaves the room.

In the night Pratigya in her room thinks about the way Krishna behaved with her. Krishna goes and sits nearby Pratigya but Pratigya refuses to look at Krishna. Krishna tells Pratigya that he honestly dont know how to apologise to her saying that he was worried about the kids safety so he showed his anger towards her and asks her to punish him however she wants but asks her not to remain upset with him. Pratigya says to Krishna that believing his family members is one thing but what about the friendship between them where is the Krishna who saved her from goons and asked her to be his friends and tells that she has to leave the house and tries to pack the things.

Krishna stops her and says he wont let her go especially he get her forgiveness. Pratigya tells that Sumitra us right that they shouldn’t let the outsider stay inside the house. Krishna takes Pratigya’s hand and tells her that she is not a outsider. They both looks at each other.

Precap: Sajjan says to Sumitra and Komal that they have to do something to make Krishna marry Meera because they cant afford it Krishna regains or gets closer to Pratigya. Pratigya asks Krishna who is she to him. Krishna becomes speechless. Later in the shower Krishna forcefully brings Pratigya closer to him, Pratigya tries to leave him but he stops her and they both gets closer to each other. 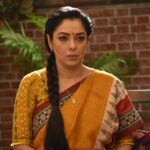 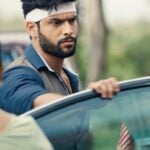 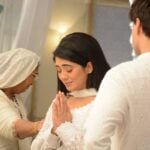