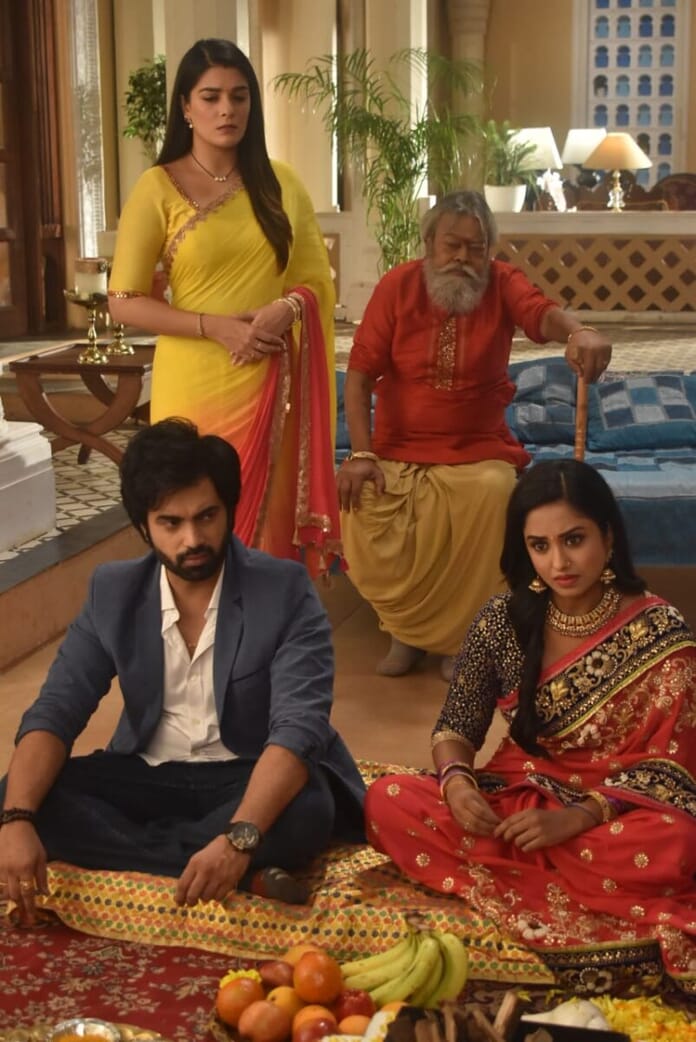 Krishna in “Mann Ki Awaaz Pratigya 2” just doesn’t want to see Meera in front of him. He doesn’t care even if she is carrying his child because of what she did to Pratigya.

When Meera was feeling restless, Amma ji takes her to the hospital and the doctor gives her a medicine there. They come home and the medicine falls from Meera’s hands, Pratigya tries to help her but when she reads the name of the medicine she stops Meera from taking it. She tells the family that it’s not good for pregnant women.

Krishna takes her aside and asks her not to interfere. He then tells her that he had planned it because he doesn’t want Meera’s kid. Pratigya tells him that it is not the right thing to do and even calls up the doctor.

Later, Pratigya and Krishna are having a moment when Meera knocks on their day and asks Krishna to be with her. Krishna goes with her leaving Pratigya shocked.

In the upcoming episode, we will see that Amma ji has kept a puja at home for Meera and Krishna. But Pratigya asks her to remove her mangalsutra and then sit for the puja because she is not Krishna’s wife. What will Meera do? To know what happens next keep watching “Mann Ki Awaaz Pratigya 2”.