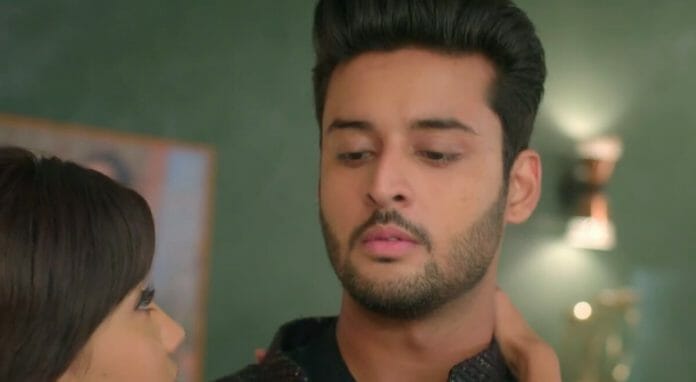 The episode starts with Meet Ahlawat scolding Meet for trying to arrest Raj who stood by her always in difficult times. Meet gets her senior’s call who talks about her promotion, Meet Ahlawat get shocked to hear that and he says it means Meet used her father in law as a ladder for success. He says but he will not let anyone arrest his father.

Meet Ahlawat warns Hawa Singh to not arrest Raj as he feels his father is innocent. Ahlawats get united and protect Raj. They block Hawa Singh’s way. Meet Ahlawat tells Meet not to come close as she became their enemy now. Babita says Meet wants to break their family. Raj shuts them up and takes the blame on himself saying he only killed Ashok and he accepts the punishment. Babita and Meet Ahlawat tell him not to tell lie as they know he can’t be a murderer. Raj signals Ram to not reveal anything. Raj surrenders himself to Meet saying she should arrest him now. Hawa Singh orders Meet and she lets the Police arrest Raj. Raj tells his family not to go against law. Everyone cries seeing Raj and he leaves with the Police. Meet cries too.

Meet Ahlawat tells the inspector to get Raj released immediately. He tells the lawyer to arrange bail papers. Lawyer says killing a police inspector is a serious crime and due to that bail application got rejected. Meet Ahlawat gets restless and says he will free his father at any cost. He gets hyper and inspector tells him to stay in limits. Inspector says he respects Raj else he would have put Meet Ahlawat in jail. Hawa informs Abhay how his partner noticed the pendrive and trapped Raj. Abhay says he will give him reward. Meet tells her husband to not create scene in the police station. He gets angry at her for arresting an innocent person.

Shanty asks Abhay but the latter is also in the video then police can suspect him. Abhay says he changed his face in the video with the help of technology. Raj took the blame on himself and made things easier for him. Abhay says it will benefit them and Ahlawats will hate Meet to the core. Isha overhears that and decides to talk to Meet for Raj’s release. Meet Ahlawat says he won’t leave the Police station until he frees Raj. Raj makes him understand that he has to take care of Babita as she is sick. He should go back home now. Meet Ahlawat agrees and says he will not stay calm but will get his father released soon. Meet tells her husband that she will handle the matter but he says she should stop playing with his emotions. He won’t come under her influence anymore. He adds he can’t trust her anymore after what she has done to his father and got him arrested. Meet tells him Raj is her father too and he told her that he will trust her then why he is not doing that now. He says because she is wrong this time. She says he lost the power of thinking as he is angry. He says he became heartless now.

Meet Ahlawat reaches home and Tej Masoom ask him about Raj. Meet says he will bring back Raj soon. Masoom says Babita is disheartened and she refused to eat food. Meet goes to feed Babita but she looks upset. She says she doesn’t feel like getting ready as Raj is the reason why she glows. She cries and says who will give medicines to Raj . Meet tells her to have food as Raj gave him the responsibility to take care of her. There Meet gives medicine to Raj in jail, he says he is not innocent. Meet says that will be proved soon. He says he wants to sign on his written statement. Meet reads the statement and tears it apart saying it’s a false statement so she tore it. Raj gets shocked and says she broke the law.