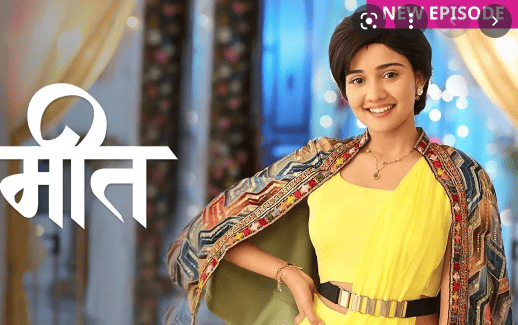 The episode starts with Meet Ahlawat pleading Raj to not to separate him from Meet. He can’t live without her. Meet asks him if he is telling the truth? He replies does she feel that he is in that state to lie to her. She hugs him seeing his crying face. He hugs her tightly and Meet tells Raj that they should end this drama now. Meet Ahlawat gets confused. Raj says this was all a drama and he wanted to see Meet and her husband’s unity. Now a new member will come between them soon. Meet Ahlawat doesn’t understand what he meant. Meet makes him touch her belly and he asks her is it a baby? She nods and he gets overwhelmed. He hugs her and says he can’t believe he is getting such a big happiness. Its like he got a bonus. Meet feels shy.

Babita asks Raj what is going on. Raj says Meet Ahlawat applied for Meet’s transfer thus he decided to teach him a lesson so that he values her wife, whom he loves more than anything. But he didn’t know that. Raj says divorce papers, engagement drama all were their plan. Thankfully Meet Ahlawat finally realised his mistake. Meet Ahlawat says he thought he almost lost Meet. Babita says and Meet supported Raj and hurt her husband. Raj says Meet wanted to end the drama in midway but he stopped her. He said they should see the outcome and her husband should learn to value to her. It happened at last and their efforts didn’t go to waste.

Babita then tells Meet that she is happy that she is going to be a mother but she should not forget her responsibilities towards her baby due to any reason. Being mother is not easy. Meet says she will never ignore her child. Raj assures Babita that Meet won’t disappoint her. Everyone celebrates the moment and dance together. Meet Ahlawat says he is a stupid who thought of sending Meet away from him.

Meet Ahlawat plans a date for Meet. He kisses her belly and says she is looking the prettiest in long hair. He adds their own evil eyes should not affect their child so he puts kala teeka on Meet’s face. She says she wants to become exactly like he wants her to be. She will look the way he wants. Meet Ahlawat says he will love her the way she is. They share a romantic moment.