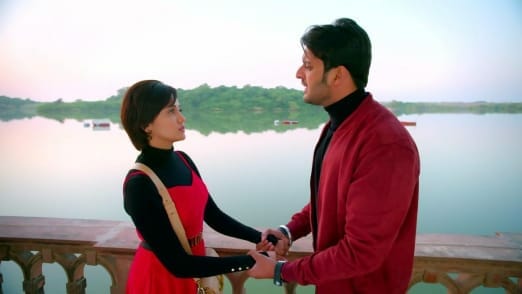 Meet Ahlawat entertains No 3 and the woman terrorist with a dance. Meet comes to the laundry room. Ragini hugs Meet and checks her wounds. Ragini asks Meet if she is hurt. Meet comments on it. Meet says they have to start the mission to get out of here.

Meet Ahlawat comes to the laundry room and hugs Meet. The woman terrorist asks No 3 to wake up all the hostages and make them dance. No 3 tries to wake up the hostages.

No 2 regains consciousness and decides to tell the chief everything. No 3 tries to wake up the hostages. The chief terrorist comes and says to No 3 and the woman terrorist that No 2 is not seen for a long time. no 3 comments on it.

Meet Ahlawat and the rest of the hostages create the slider from the window. No 3 thinks Meet Ahlawat is taking a long time to bring the bottle he decides to go and check.

The hostages argue that they are going to go first. Meet Ahlawat says the evacuation is going to be the same way as it happens all over the world and says first the elders, the woman after that men.

No 2 comes to the chief and says to him that Meet is alive and Meet Ahlawat are together in this. The chief says that Meet is on ice and says doctor might have taken out the kidney out of Meet by now. The hostages slide down one by one. Meet takes Chanda’s child and helps Chanda get on the slide.

The chief terrorist tells his men to look for the hostages. Meet Ahlawat and Meet convince Ragini to go in the slider. Ragini gets on the slider and gets down. Meet says they have to save the doctor. Meet Ahlawat says he will come with her.