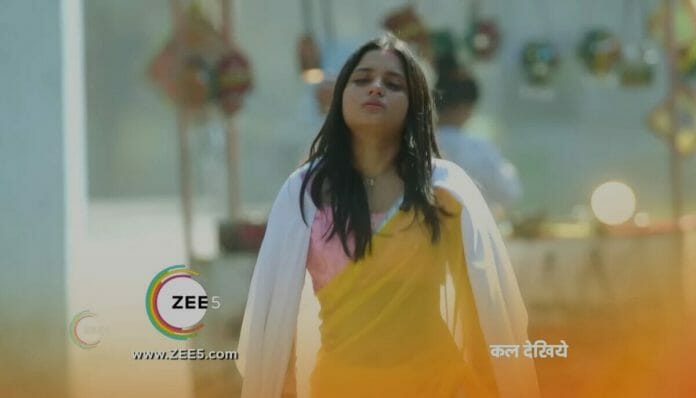 Zee TV popular show Meet starrer Ashi Singh and Shagun Pandey has come up with an interesting drama. Laila revealed the bitter truth to Isha and now the latter is heartbroken. Isha is blaming herself for Deep’s death and Meet Ahlawat saved her from an accident. How will he and Meet handle Isha? that will be exciting to watch.

As reported earlier it’s shown, Meet and Meet Ahlawat were on their way to meet Isha at a cafeteria. Isha made some special arrangements for them to show them gratitude for all the good things they are doing for her. Laila noticed it and she shocked Isha with her visit. She gave the death certificate of Deep to Isha.

She put the blame on her for killing her own husband by hitting him with her car. Isha was in denial that he is not dead as he sends her mails. Laila said that those are sent by her own brother not by Deep. Laila told her to remove her vermilion as she is a widow.

Isha felt devastated and Laila put white cloth on her. There Meet reached the place with her husband and they saw the mess. They also found the death certificate and feared that Isha learned the truth of her husband’s death. Isha walked alone on street and a car almost hit her but Meet Ahlawat rescued her. Isha got restless and l thought of dying.

In the upcoming episode, viewers are going to witness that Meet Ahlawat will take Isha to home when she will faint after freaking out. She will get panic attack again everyone will be worried. Barfi will suspect Laila behind this and she will catch her coming home in short dress. She will take her to room and will get shocked to know she told about Deep’s death to Isha.

Raj will tell everyone that Isha’s treatment will happen in New York. He will ask Meet Ahlawat to call Deep to tell him about Isha. Meet will reveal that Deep is no more. Later Meet Ahlawat will thank Meet for giving enough courage to him and he faced his family after telling the truth. Laila will be jealous and she will try to push away Meet from the balcony but the latter will see her. Barfi will think Laila got caught..

How will Meet react?

Will Meet and Meet Ahlawat learn about Neelam’s disease ?

To know what will happen next in your favorite show, keep checking this space.