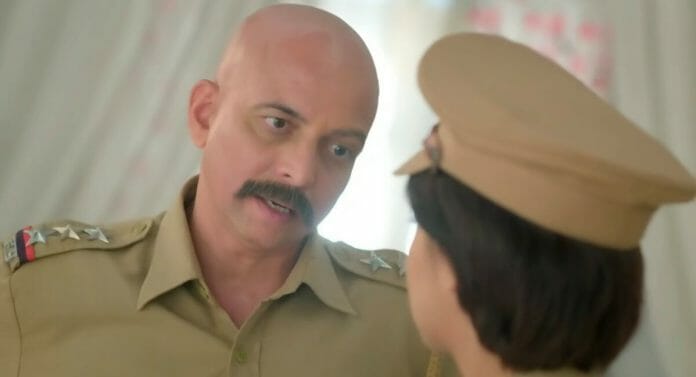 Zee TV popular show Meet starrer Ashi Singh and Shagun Pandey has come up with an intriguing twist. The current track is focusing on Isha’s wedding with Shantanu and Meet is not happy with it as Isha loves Deep. Now after a lot of struggle Meet Ahlawat will finally trust Meet when she will be pushed to death by Shanty. Unfortunately Isha gets married to Shanty. Now it will be interesting to watch how Meet unites Deep and Isha. Will Meet Ahlawat forgive Deep?

As reported earlier it’s shown, Meet Ahlawat felt guilty that he couldn’t go to Isha’s house but Meet took the risk. Meet told him not to blame himself. Later she got shocked to see the video clip where her father is getting shot. The video got corrupted and Meet Ahlawat called a technician. Ram decided to delete the video before he gets exposed. Later to boost Babita’s mood Raj arranged musical chair game with the family. Meet won the game. Later shockingly Raj revealed to Meet that he only shot Ashok. She should arrest him. Meet failed to believe that he can do something like this to her.

In the upcoming episode, viewers are going to witness that Raj will show Meet proofs against him such as the bracelet, pendrive etc. He will show his face in the video but Meet or her husband won’t believe that. Raj will be in a fix. He will further tell Ram that he took the latter’s blame on himself. Ram will feel guilty, there Meet Ahlawat will get restless and will tell Meet to destroy the proofs against his father else his family will be destroyed. Meet will calm him and will bury the proofs in the garden in a plant pot. Meet Ahlawat will be shattered and will share with his wife how he considers Raj as his inspiration and he can’t let him go to jail. Meet will comfort him and they will consummate. Later Meet will bring out the pendrive and will give it to Sharmaji for lab checking to prove Raj’s innocence. She will apologise to Meet Ahlawat in mind as she wants to end his fear. Later Hawa Singh will force Meet to arrest Raj shockingly.

How will Meet Ahlawat react?