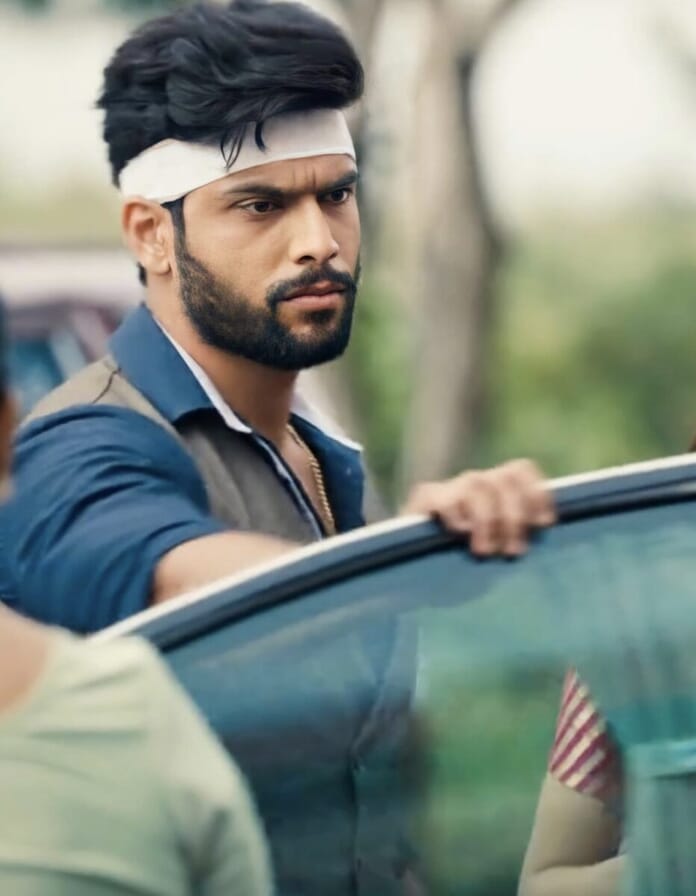 In viewers favorite show Mehndi Hai Rachne Waali there is so much drama happening after Mandar’s arrival. Raghav and Pallavi may confessed their feelings for each other but there is people around them who don’t want to see them together.
So now it will be interesting to see how Raghav and Pallavi is going to fight against all the odds and save their love for one another. Will Raghav and Pallavi gets succeed in their fight to be with one another? Will Keerti go against her brother’s happiness in order to be with Sunny?

In the current track it shown that Raghav and Pallavi comes out of their Love bubble when the worker comes to ask what they have to cook for dinner.
Raghav asks the worker to cook cuisines in Maharastrian style also inform everyone to get ready in Maharastrian style because this is a special day. Keerti meets Sunny where Sunny tells that they have to do something inorder to save their relationship.

Raghav and Farhad gets into an argument over how to wear Doti in Maharastrian style so Pallavi decides to help him. Raghav then continuously says that he loves her so Pallavi tells that they have to use sign language like the hindi film and signs what the hero heroine done to express their love for each other in public.

Raghav calls Pallavi cute and he also signs at her that he loves her. Mandae gets angry and leaves the place while Vijay is showing his childhood picture. Sulochana uses the opportunity and instigates Vijay against Pallavi. Jaya and Pallavi decides to get ready together.

Vishnu asks Mandar to wait until the DNA test has been done. Mandar tells once its over he will bring Pallavi the same way Raghav took her from him. Raghav and Jaya praises Farhad for his decorations also asks him to stay with them for the family dinner because he is family. Pallavi comes downstairs. Raghav signs at her I Love You but before she does Jaya comes there. Then all gets interrupted by Dhol sound.

Sunny enters the house and dances with Keerti which makes Raghav furious. Keerti threatens Raghav about the consequences if he dont agree for her and Sunny’s marriage. Everyone gets shocked. Pallavi calms down Raghav and they all decides to have dinner first but Keerti invites Sunny too.

Pallavi asks Raghav to ignore then Raghav goes to take the gift he bought for Pallavi that time Pallavi gets a call from Vijay so she leaves the house hurriedly. When Raghav comes to the dining room and asks about Pallavi’s whereabouts Sunny tells him that Mandar is Pallavi’s first husband so he is her priority so she went to see him. Raghav gets upset and angry.

In the upcoming episode it will be shown that Raghav will see Pallavi is back from Deshmukh’s house. He will say to Pallavi that he is scared that they are going to use her goodness with that they are going to separate her from him.
Pallavi will promise Raghav that from now she will not even let the air separate them and then she will say to Raghav she loves him. Mandar will say to his family member’s that he is going to bring back Pallavi to the house with the help of law. The doctor will take the sample for DNA test and asks Mandar to wait for three more days to know the result.

Mandar will mark the date in calendar. He will say this day will going to change everything in his Raghav and Pallavi’s life also he will make sure Raghav’s real place.