Troubles are knocking the door for Pallavi and Raghav in Star Plus show “Mehndi Hain Rachne Waali”. Raghav and Pallavi are always present for each other’s rescue in any crisis. However this beautiful fact about their bonding is facing burnt due to the doubt of Vijay and manipulation of Sulochana. We already know what is in store from the promo of the show. However, it seems like a huge misunderstanding will compel them to sit on marriage dias.

According to the current scenario, Sulochana is trying her best to put Pallavi down in front of the family members. While on the other hand, Raghav is giving Pallavi a reminder about his challenge and she is determined to win it. However, he is indirectly being a helping hand to her by all means.

In the current track, Pallavi takes a stand for her in-laws in front of her brother. He warns her not to invest so much behind them as at the end she will have to get hurt. Pallavi tries to clear the air regarding her going out with Raghav. Later on, she starts to think about changing the outlook of her shop and Raghav also plans for the same . Raghav faces a life threatening situation and Pallavi helps him to survive in unique way.

In the upcoming episodes, viewers will get to see Pallavi will get into a false position when she will confront the same doctor about the medical report. Vijay will blame Raghav falsely for being the father of Pallavi’s aborted child. Raghav will lose his cool and confront him. Pallavi will take a stand for her father and Raghav will be shocked with her behaviour.

Will Pallavi be able to prove her innocence? Will Raghav be okay with these false allegations? Will Jaya understand the real self of her son Raghav and give her support to him?

To know all these keep watching the show only on Star Plus and Hotstar. 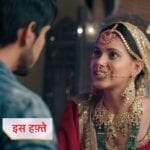 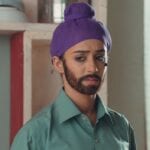