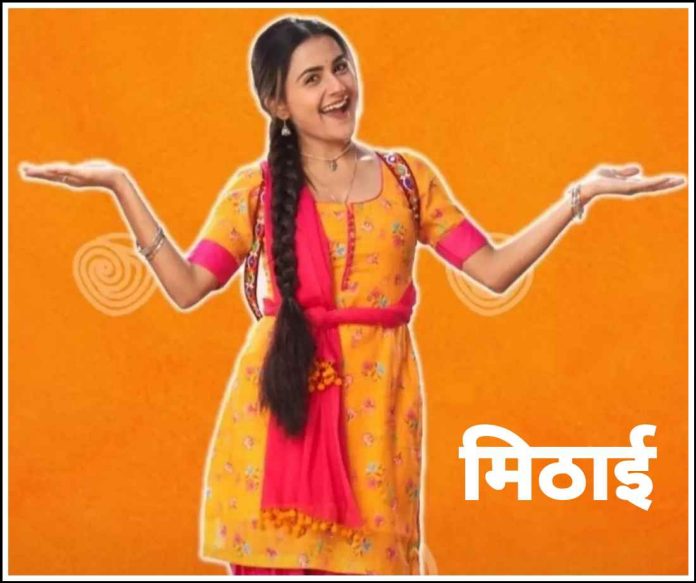 The episode starts with Mithai apologizes people with folded hands if she’s did anything wrong. She wants to take only good memories and whatever she did she did it from heart. Mithai advises Sid that he would never get such family and asks him to cherish it. Mithai starts leaving with her mother. Dada asks them to stop Mithai. Girish stops Mithai. He asks how could she leave when she has her marriage fixed.

Abha asks what’s he saying and Girish says that already enough drama took place in the house in the name of marriage and he don’t want it to repeat. He announces that till now he never considered Shubham his son but today he’s announcing Shubham as his son. Shubham gets happy and emotional. He says he had a daughter who’s kanyadaan he couldn’t do and there was a son who left him and went far away and he can’t take it anymore. He announces in front of the family that he’s giving the rights of doing his last rites to Shubham and leaves shocking everyone.

Abha vents out her frustration to her husband about Girish changing sides so easily. She says that no matter what she won’t let Mithai get married into the house. She says that she will make sure to Mithai cries bucket in all her marriage rituals. Dadaji asks Mithai and her mother to come in as no one would go against his elder son’s word including him. Sid comes to his room and looks at Aarti’s picture and says that her wish got fulfilled and he’s glad that his father accepted Shubham as his son.

Shubham comes to his father and says that he can’t believe that he’s accepted him rightfully as his son. He gets emotional and says that he’s ready to fulfil anything he wishes for. His father asks him to not forget his goal that is to do all the rituals with Mithai but leave her alone at the time of wedding. Shubham asks why didn’t he let Mithai go if he doesn’t want the marriage. Girish says that he needs to get revenge on her for snatching his happiness of doing his daughter’s kanyadaan. Shubham agrees to do whatever he says.

Dada is praising Mithai to Dadi and says that she can easily win anyone’s heart. Abha’s daughter gets angry that Mithai is getting praised and happily celebrating marriage rituals after spoiling her marriage. Dadi says Dada that she wishes she could gift any of Aarti’s things to Mithai as Shagun if Sid allows but Sid still has hatred for Mithai.

Sid hears it and calls Dada and Dadi to his room. He gives them Aarti’s cupboard keys and asks them to take whatever they want gift of Aarti’s to Mithai. Dadi selects a saree and Dadaji asks if he forgave Mithai. Shubham says he still have mixed feelings for her but knows that his mother wants it. Abha’s daughter fumes as her mother makes mehendi for Mithai but Abha has something else planned.