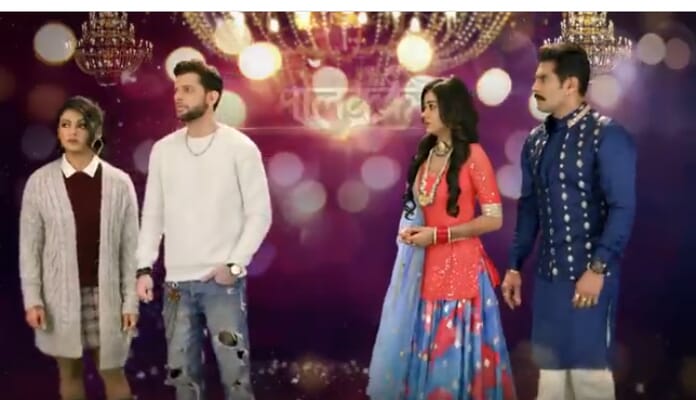 Episode begins with Daksh asks Purvi to wake up. One lady informs Nani that Purvi lost her consciousness. Virendra also hears that and he beats the Security guards. Nani tries to stop him but he pushes her and enters the marriage venue. Virendra makes Purvi lay on his lab and asks her to wake up. Manas and Juhi also asks Purvi to wake up. Daksh moves aside. Purvi regains her consciousness and hugs Kids. They realises that Purvi remembers the past now.

Virendra asks to call the Doctor. Purvi tells him that she is really fine and she remembers everything now and talks about the past. Chandni tells Purvi that she is happy for her. She reveals that Nani and Daksh already knows about Purvi’s past. Purvi goes to Daksh and asks him that why he betrayed her when she trusted him blindly. She asks Nani that how can the latter do this with her.

Virendra calls Purvi and she moves towards him and recalls the moments she shared with him. He tells her that she should return to her house now. He says to her that he and Kids missed her so much. She recalls their last conversation. Daksh asks Purvi to not leave him. He tells her that Virendra never took stand for her and always gave punishment to her and it’s Virendra who is responsible for her accident too.

Virendra tells Daksh that he forgives him for badmouthing because Purvi remembers the past now. Purvi recalls that how Daksh proposed her and also how Virendra accused her. She tells Daksh that he would not have lied to her if he really loved her then. She tells Virendra that he never believed her because she was just a ‘Molkki’ for him. And today also he wants her to follow his order but that won’t happen. She tells him that he didn’t came that he loves her but he wants to complete his incomplete family that’s it so she won’t go with him.