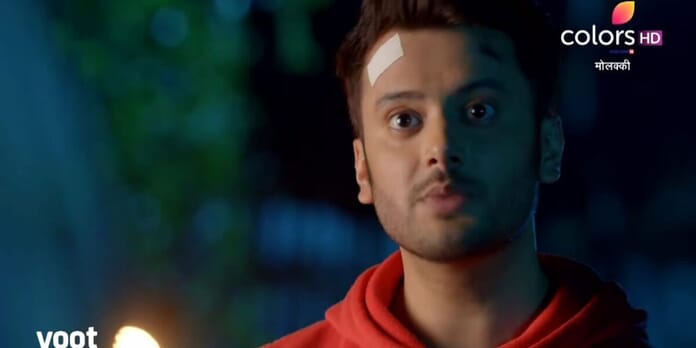 Colors show Molkki never failed to engage audience with its gripping storyline. Now, Aarav supporting Chaudhary to take revenge from Virendra so it will be interesting to watch that what going to happen in the future episodes.

Earlier its seen that, Purvi and Veer rescued Aarav and she informed about it to Virendra and Nanthini. Nanthini got relieved when she learnt that Aarav is in Virendra’s house now and hugged Purvi. Virendra told Nanthini that it’s time to teach lesson to Chaudhary for hurting his family. He asked Purvi that if she is fine and told her that he can’t repay for what she did today. She told him that it’s her family too.

Virendra humiliated Chaudhary and refused to withdraw his name from the election then he became ‘Mukhiya’ of the village. Veer made Virendra wear his new ‘Mukhiya pagdi’. Veer, Sudha, Priyashi played with Kids and Veer injured his hand and Priyashi ignored him but Sudha got worried for him and Purvi noticed that.

Later, Virendra and Purvi thanked each other then he hugged her. Other side, Chaudhary told Aarav that because of Purvi he could not become ‘Mukhiya’. Aarav promised to take revenge from Virendra and told him that Nanthini failed to understand his fake love and their fake story and smirked.

Will Nanthini get to know about Aarav’s betrayal? Will Virendra survive?