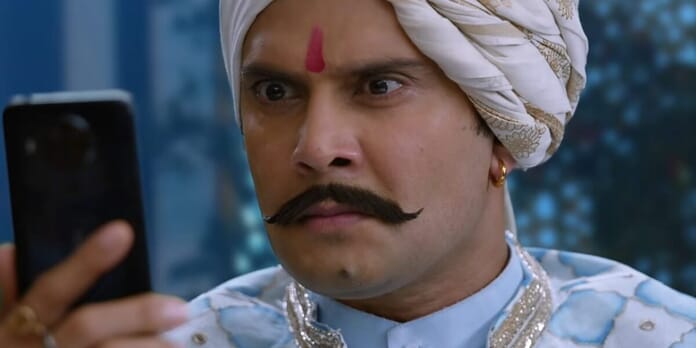 Colors show Molkki never failed to engage audience with its gripping storyline. Now, Virendra lashed out at Purvi for destroying Nanthini’s life so it will be interesting to watch that what going to happen in the future episodes.

Earlier its seen that, Sudha helped Veer to choose a gift for Nanthini. Chaudhary’s staff gave sweets and marriage invitation card to Virendra. Virendra tore the card and asked them to inform Chaudhary that this marriage won’t happen. He learnt that Chaudhary changed the marriage venue. Chaudhary recalled that how Purvi asked him to change the marriage venue. Purvi decided to perform Nanthini’s ‘kanyadaan’ ritual.

In the upcoming episode, Purvi will perform Nanthini’s ‘kanyadhaan’ ritual. Chaudhary will video call Virendra to show that and will reveal that how Purvi went against him. Virendra will decide to not forgive Purvi for destroying Nanthini’s life. Chaudhary will ask Aarav, Nanthini to take Purvi’s blessings first but Purvi will tell him that she just fulfilled her responsibility and she will leave from there with Kids.

Virendra will yell at Purvi for betraying him and will ask her to not come in front of him and he won’t share a room with her too. Chaudhary will tell his wife that he will use Nanthini to take revenge on Virendra. Veer will inform Nanthini about Virendra and Purvi’s fight and the latter will decide to call her as Purvi instead of Molkki. Next day, Veer will tell Purvi and Virendra to shift to their room. Virendra will decide to stay in the guest room.

Sudha will bring ‘halwa’ for Veer and will inform Purvi that he bought turban for her that’s why it’s a return gift. Purvi will help Virendra to bath and the latter will let her help assuming her as servant then he will realise that it’s Purvi and will ask her to leave the bathroom but she will fall on him and they will get drenched in water and will share an eye lock. Servant will interrupt their romantic moment.

Will Virendra forgive Purvi? How Purvi going to convince Virendra?