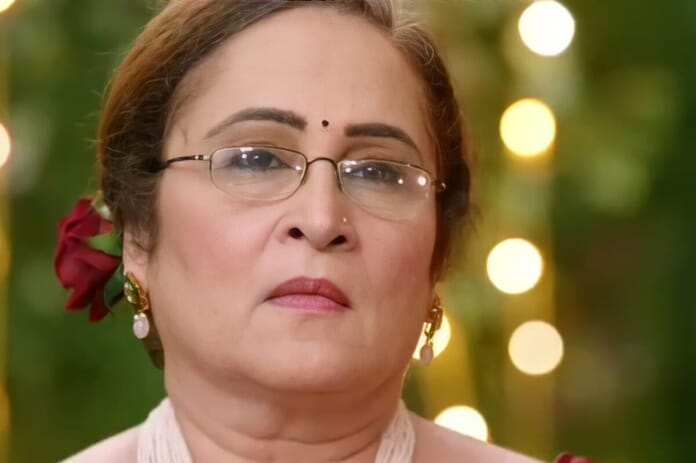 Colors show Molkki never failed to engage audience with its gripping storyline. Now, Virendra reached Delhi to stop Daksh and Purvi’s marriage so it will be interesting to watch that what going to happen in the future episodes.

Earlier it’s seen that, Daksh asked Virendra that what kind of friend the latter is. Virendra told him that the latter knows him very well so the latter must know the answer for his question. Purvi entered her room and recalled the moments she shared with Virendra and also how she saw Virendra’s face when she closed her eyes. She asked Nani that is she doing right by marrying Daksh. Nani told her that every bride feels like this before marriage. Virendra wondered that what happened to Daksh suddenly and what if the latter got to know about Purvi.

Next day, Daksh told Virendra that his relatives lives in foreign countries and they are in Delhi now so it’s not possible to invite them to this village that’s why he decided to marry Purvi in Delhi. Purvi leaves from there with Daksh’s family. Kids asked Virendra that why he didn’t stop Purvi. He promised to stop Purvi and Daksh’s marriage and asked them to pack their luggage. Anjali overheard their conversation.

In the upcoming episode, Anjali will inform Nani that Virendra left for Delhi to stop the marriage. Priyashi will get in Virendra’s car without anyone’s knowledge. Security guards will stop Virendra from entering Daksh’s house. Virendra will say to Nani that he knows that she is behind everything and he won’t leave her. Someone will play Purvi’s marriage video. Purvi and Daksh will be shocked seeing that.

Will Purvi remember her past now? Will Purvi call off the marriage?