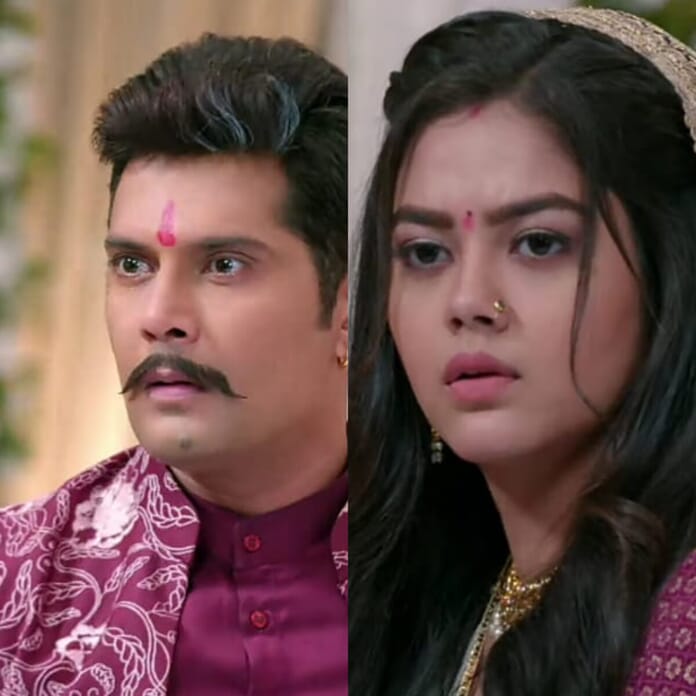 Colors show Molkki never failed to engage audience with its gripping storyline. Now, Virendra’s children returned who cut off all ties with him so it will be interesting to watch that what will happen in the future episodes.

Earlier its seen that, Virendra gave the flight ticket to Sakshi and asked her to not return. Sakshi apologized to Purvi then left the mansion. Next day, Virendra lashed out at Prakashi and Anjali and revealed that he knows about their wrongdoings and throw them out of the mansion. He revealed to Purvi that he transferred all the properties on his Kids name. Prakashi learnt that she won’t get anything from Sakshi’s properties.

In the upcoming episode, Prakashi will call someone and will ask them to return. Purvi and Virendra will finish the puja and Veer and Nanthini will enter the mansion. Juhi and Manas will get happy seeing them. Purvi will learn that Veer and Nanthini are Virendra’s children.

Nanthini will ask the guests to leave saying that puja finished. After some time, Purvi will ask Virendra that why he hided about Veer and Nanthini from her. He will reveal that they hates him and cut off all ties with him because they thinks that he is responsible for Sakshi’s death. She will tell him that she will give mother love to them.

What will be Prakashi’s next move? Will Virendra be able to win against Prakashi?