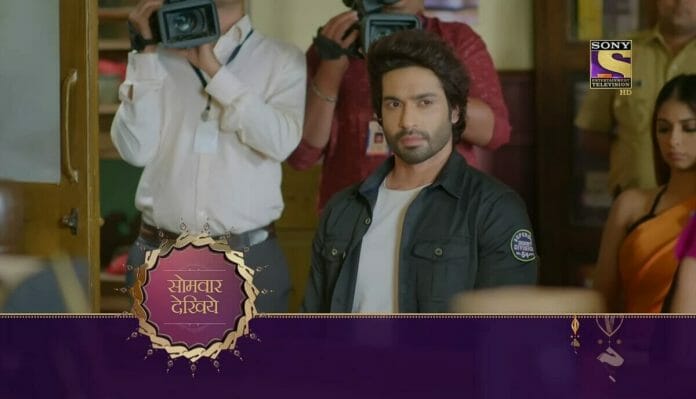 Sony TV’s show Mose Chhal Kiye Jaaye is gearing up with an interesting drama with the Saumya giving a psychiatrist test as per the court order meawhile Harsh sharing his worries about the consequences after everyone learn the truth about their plan.

In the current track it shown that Saumya asking Sushma to tell the truth to everyone. Sushma tells that she saw Saumya coming out of Armaan’s room angrily and told her that she made a mistake so came here to rectify it then left the house.

She then heard Armaan’s voice so went to his room and saw him lying on the broken glass pieces and says its Saumya who hurt her son. Saumya pleads the judge to not to believe this because she haven’t done anything such. The judge orders to send the laddus to drug test also orders Saumya to undergo a psychiatric test.

Later Harsh and Armaan tries to exchange the drug filled laddu box with a normal one but Goldie and Saumya reaches the place on time and scolds the staff for being careless and makes the staff seal the box. Harsh shares his worries with Armaan about them getting caught.

Goldie and Saumya’s parents advices her to concentrate on her babies and no to trust anyone after they sees Sushma is calling Saumya. The next day Saumya gives the physciatrist test to the doctor and the doctor tells her that she will submit the report in the court then leaves. Saumya looks on with a hopeful look on her face.

In the upcoming episode it will be shown that Saumya will get ready to go the court. She will stop in her track after she hear her babies are crying. She will make them a promise that no one will able to separate them from her. In the court the judge will say the verdict which she will pass now is based on the statements given by the witnesses also the test results. Armaan will look confident but Saumya will look worried. Malini will look on shocked.

Will Saumya be able to prove her innocence and get her children’s custody? Will Armaan’s truth get exposed?