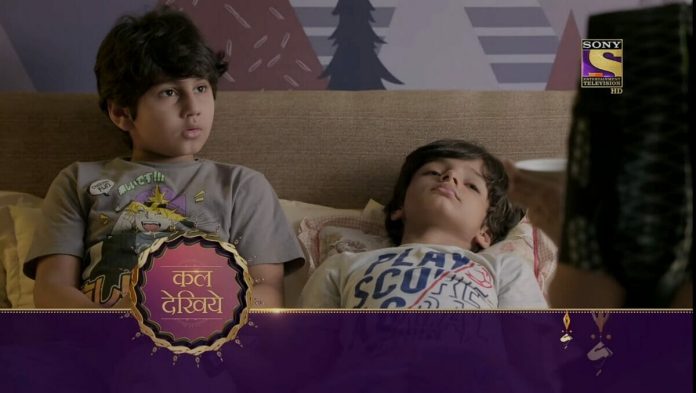 Sony TV’s show Mose Chhal Kiye Jaaye is gearing up with an interesting drama with Saumya and the family members finding the kids in the house Store room also learning Armaan is behind all this. Later Armaan gets shocked when Goldie brings the police to the hotel room where Armaan is.

In the current track it shown that Saumya askd Prisha to oblige whatever they are asking to do. Prisha agrees. Armaan tells Saumya Goldie and other’s they can’t put the kids life in danger when Goldie decides to accompany Armaan.

Armaan takes the money then leaves the place. Saumya realises the wind chime sound and says Goldie about the connection. She then asks Sushma about the windchime. Sushma asks her to ask Prisha because she is the one who changed everything according to her taste in this house so Saumya calls Prisha.

Prisha tells her it must be in store room. Saumya and the family members goes to the store room and gets shocked seeing the kids there. Saumya tricks and saves the kids and the guy in hoodie also confirms its Armaan who is behind all this.

Armaan thinks to himself in few hours he and the kids will settle in Indonesia. He further tells that Saumya will regret for going against him. He goes and opens the door of his hotel room and gets shocked seeing Goldie there.

Goldie tells this all started by him so its only fair for him to be in the end. Armaan looks confused but seeing the cops he gets shocked.

In the upcoming episode it will be shown that Jashan will plead Saumya to let them meet Armaan first. Saumya will try to distract the kids but fails terribly.

Harsh will tell Saumya about the kids mental stability and for the sake of it they have to bring Armaan to meet the kids. Saumya will looks on worried.

Will Saumya fulfill her kids demand? Will Saumya confront Armaan about his deeds? Will Armaan get punishment for his deeds?