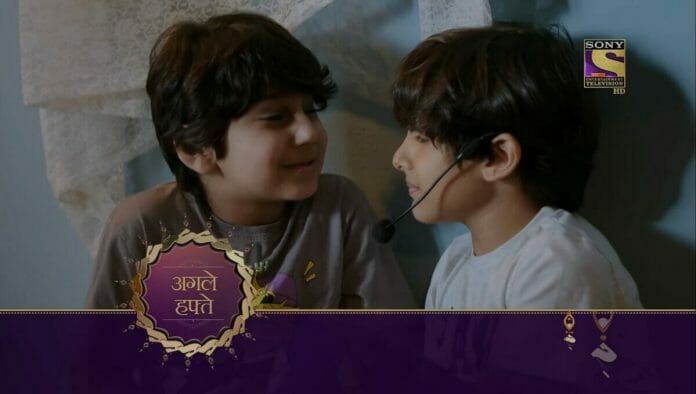 Sony TV’s show Mose Chhal Kiye Jaaye is gearing up with an interesting drama with Saumya refusing to accept Armaan in her life and tells him his sole reason to get back to her is to settle back in his life. Later Armaan learns about Saumya’s production house and feels betrayed by her.

In the current track it shown that Prisha furiously slapping Armaan and regretting her decision to be with Armaan. Armaan acts and tells her that he truly changed and learnt how to respect women’s. Prisha leaves. Saumya tells Armaan that she will never believe a person like him who only loves and cares for him.

She also tells him that she knows the reason behind his decision to get back to her is to get back his fame and to become financially stable so asks him not to use his charm on her because nothing will happen like how he wanted to be.

Prisha meets Saumya and seeks her forgiveness. Saumya advices her to move on in her life. Later Sushma and Harsh visits Saumya and pleads her to return to Oberoi mansion to take good values to her children who are spoiled by Armaan and Prisha.

Saumya agrees to return for her kids well being. Armaan then gets shocked learning that Saumya has a production house of her own. He feels betrayed so he determines to make Saumya pay for this which worries Sushma and Harsh.

In the upcoming episode it will be shown that Saumya will ask Armaan about the kids whereabouts after he return from his morning exercise session. Armaan will tell her the kids must be in their room and ask her to search properly.

He will then receive a call from a mysterious man who tell him that the kids are with him. Armaan will refuse to believe but get shocked when he hear Jashan and Jahan’s cries. Saumya will get worried witnessing it.

What will Armaan do to find the kids? Is this is Armaan’s another trap against Saumya? Who abduct Jashan and Jahan?