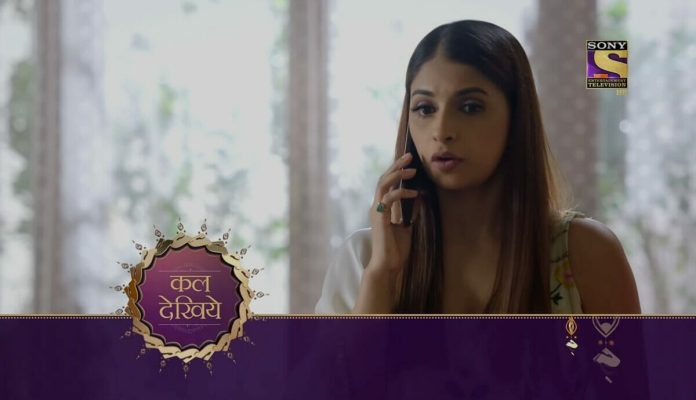 Sony TV’s show Mose Chhal Kiye Jaaye is gearing up with an interesting drama with Armaan telling everyone it must be Prisha who is behind the kids kidnapping so Saumya confronts Prisha but the latter refuses saying she is planning to move on in her life so she isn’t the one who kidnapped the kids.

In the current track it shown that Armaan and Harsh giving the house papers to the man to mortgage their house but gets shocked when the man tells them he can able to give them only fifteen crores. With no other option in their hand they agrees to this.

Saumya tells the Oberoi’s they have to find the kidnappers for the kids safety. They all watches the CCTV footage and realises the one who knows well about the house is the one who kidnapped the kids. Armaan tells it must be Prisha but Saumya refuses to believe it.

She then also feels its Prisha when the kidnapper takes the kids favorite pizza’s name. She breakdown infront of everyone and Armaan consoles her. Saumya warns Armaan to not to have high hopes that she may accept him because it wont.

She then goes to Prisha’s house and confronts her ur the latter swears it’s not her also says she made all the arrangements to go to Pune to start her new life. Saumya looks on confused and worried.

In the upcoming episode it will be shown that Saumya will tell Goldie the wind chime sound which she is familiar with and the kids are where the windchime is. Prisha will call Saumya and inform her the wind chime is in the Store room of Oberoi mansion so ask her to check whether the kids are there aren’t.

Saumya and the family members will hurry to the door and get shocked seeing something from the other side.

If it’s not Prisha then who is behind the kids kidnapping? Will Saumya take Prisha’s help to find the kids? Will Prisha and Saumya catch the kidnapper?