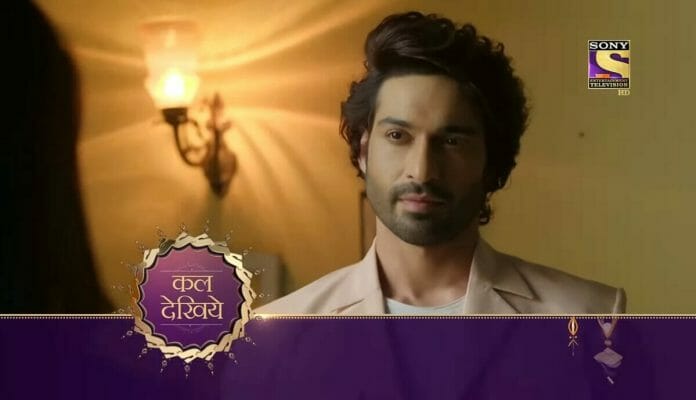 Sony TV’s show Mose Chhal Kiye Jaaye is gearing up with an interesting drama with both Jashan and Jahan failing to recognise Saumya also calling Prisha as their mother leading Saumya to have an emotional breakdown infront of the Oberoi’s.

In the current track it shown that Armaan entering Jashan and Jahan’s room which looks messy. He tells them he will find them so asks them to come out. They both comes out and hugs him from behind. Armaan wishes them for their birthday but before he could hug them they both pushes him on the bed and runs down.

Armaan follows and tries to catch them. Sushma warns them about the cake may fall to the ground. She scolds Jashan and Jahan after the cake falls but both Harsh and Armaan defends the kids actions. Saumya gets freed from the treatment center. She gets emotional seeing her parents and Goldie.

She asks them about her son’s and Shilpi promises to take her to her son’s. Goldie decides to join them after completing the formalities. Saumya gets emotional seeing her son’s but they both fails to recognise her and calls Prisha as their mother shocking Saumya.

Armaan and Prisha cuts the birthday cake with Jashan and Jahan. Both the kids asks Armaan about Saumya. Armaan tells them that Saumya is a stranger so they both refuses to accept the Halwa which Saumya bought for them from Indore.

In the upcoming episode it will be shown that Armaan will take the divorce papers and ask Saumya to sign it. Saumya will agree to sign the papers but she will ask Armaan to give Jashan and Jahan to her in return. Armaan will smile at Saumya in an arrogant manner.

Will Armaan agree to Saumya’s condition? Will Armaan be able to get Saumya’s signature in the divorce papers?