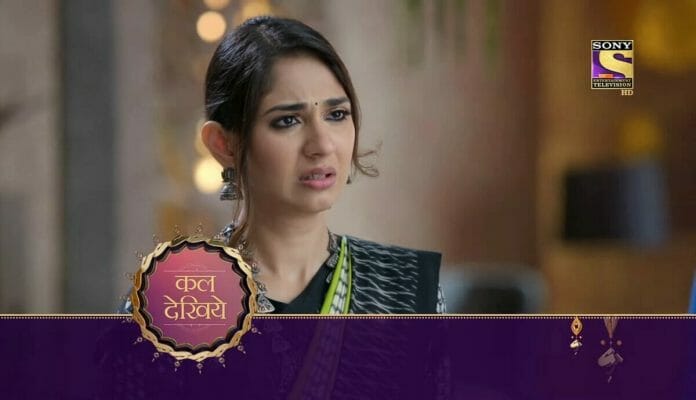 Sony TV’s Mose Chhal Kiye Jaaye is gearing up with an interesting drama with both Saumya and Armaan threatening one another using their weakness. Later Jashan and Jahan refuse to let Saumya inside their room by calling her a bad person.

In the current track it shown that Armaan confronting Saumya for the false hope she has given to him. Saumya tells Armaan to discuss work related matters in her office. She also tells Armaan that she has every rights to produce a show of her own.

Armaan gets furious for Saumya double crossing him. He warns her using the kids hatred but Saumya reminds him about the court order and threatens him back with the show which they are working as a partner. Armaan challenges Saumya then leaves the place.

Armaan gets a call from one of the producer who asks him to take over his branch but also tells him that he needs to arrange money first. Saumya visits the Oberoi mansion to meet the kids. Armaan stops her and asks her to leave his house but Harsh and Sushma supports Saumya which angers Armaan so he goes to the kids and instigates them against Saumya.

Both the kids refused to let her inside their room which upsets Saumya. Armaan mocks at Saumya for falling to get love from their kids. Saumya glares at Armaan.

In the upcoming episode it will be shown that Saumya will ask Armaan about the kids whereabouts. Armaan will get annoyed and tell her they must be in their room. Saumya will tell him the kids are nowhere to be found.

Armaan will get shocked when a man call him. Jashan and Jahan will plead Armaan to save them. Armaan will drop the things from his hand. Saumya will looks on with a worry filled eyes.

Will Armaan reveal Saumya their kids get kidnapped? Will Armaam Saumya be able to find and save their kids?