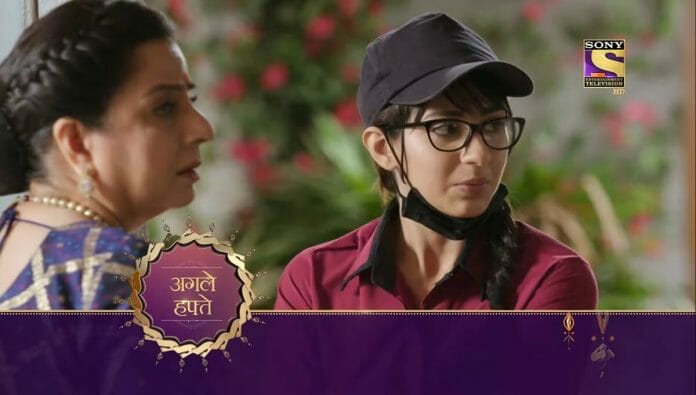 Sony Tv Mose Chhal Kiye Jaaye is gearing up with an interesting drama with Saumya missing her children also Armaan using his power to potray Saumya as a bad mother and wife to the world through media which pushes Saumya to seek the police help to bring her babies from Armaan in which she fails to get a support from the police.

In the current track it shown that Saumya leaves the house with Malini and Shilpi after challenging Armaan. Malini takes Saumya to Prisha’s house. She scolds Prisha and slaps her for ruining her sister’s life but both Prisha and her mother accuses Saumya for snatching Armaan from Prisha also justifies Prisha’s action. Saumya leaves the place with her mother and sister. She cries missing her babies. Armaan gets angry with the caretakers for failing to calm down his kids. Sushma video calls Saumya and the latter gets emotional seeing her babies. She sings lullaby and the babies fall asleep. The next day the news channel accuses Saumya for leaving her kids. Shilpi gets upset and pleads Saumya to take help from police because the court process will take time. Saumya goes to the police station but the officer asks her to bring court order copy then only she can able to help her. Saumya thanks the officer for making her realise this battle of her’s isn’t that easy to win for this she has to go through so much.

Will Armaan find out the delivery person is none other Saumya? Will Saumya stop Prisha from getting herself exposed?