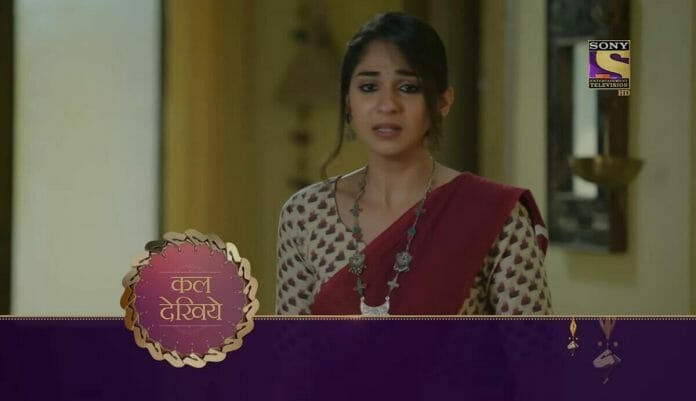 Sony TV’s show Mose Chhal Kiye Jaaye is gearing up with an interesting drama with Armaan falling prey to Saumya’s trap against him only to realise the truth. Other side Harsh realises his mistakes and apologises to Sushma for his behavior also regret to let go of Saumya from their life.

Now it will be interesting to see what will be Saumya’s next move against Armaan? Will Armaan learn about Saumya’s decision to open a production house of her own? What will be the reaction of Armaan when Saumya’s game plan against him revealed?

In the current track it shown that Saumya coming to the office and Vimmy tells her the Director is here to whom she has to narrate the story. Saumya agrees and starts narrating it but Armaan comes there and tells her the meeting is today and the former pretends like that she isn’t aware about this so asks to postpone it.

Armaan refuses and tells Saumya he will narrate them their concept. Saumya gives him a pendrive saying she made few changes to impress the creative team. Armaan takes it and goes to meet Mr.Kapadiya and team. He upsets the creative team by the concept.

Saumya comes there and apologises to Mr.Kapadiya and the other person. She impresses them with her narration. Armaan realises it’s all the game plan of Saumya. Later Godie asks Saumya about her next move against Armaan and the latter tells him her plan is to make his life miserable the way he made it.

Armaan enters the office and requests Goldie to leave as he wants to talk to Saumya. Saumya looks on.

In the upcoming episode it will be shown that Saumya will tell Armaan that he betrayed her before but she hope he will not to do the same especially when they are planning to take their next step on their professional front. Later Saumya will get worried when she couldn’t find the kids in the house.