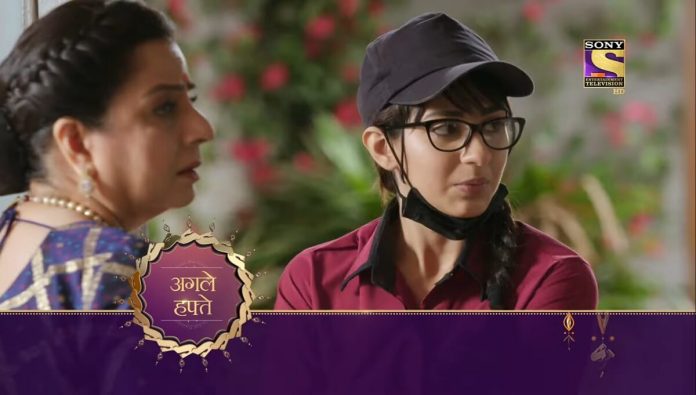 Sony Tv’s show Mose Chhal Kiye Jaaye is gearing up with an interesting drama with Prisha growing suspicious of the new nanny so she demands her to remove her face mask but Goldy comes there and saves Saumya. Later Prisha tells Armaan the new caretaker is none other than Saumya which leads an angry Armaan to tell Goldy and everyone about the consequences if Saumya tries to repeat this way to meet the babies.

In the current track it shown that Sushma worries that Armaan may find the new caretaker is none other than Saumya but the latter will assure her God will help her for sure. Prisha takes Armaan to the room. Meawhile Saumya feeds the babies and makes a promise to them. Armaan praises Prisha for taking care of him. He then praises the nanny for calming down the babies. Prisha grows suspicious of the new nanny so she questions her for wearing a face masks also asks her to show her face to them. Goldy comes there and apologises to Armaan for his behavior and Saumya leaves the house before getting caught. Prisha tells Armaan and everyone it’s none other than Saumya which lead Armaan angry. Later Goldy asks Saumya to pay him after he wins the case. Saumya thanks him.

In the upcoming episode it will be shown that Saumya’s aunt will demand the Verma’s to either pay her or else ask them to vacate the house. Saumya will ask Armaan’s P. A about her salary to which the latter will say she will get it after ninety days. Saumya will try to get a work from the industry. Armaan will say now Saumya has only two options either she have to leave Mumbai or else go back to him.