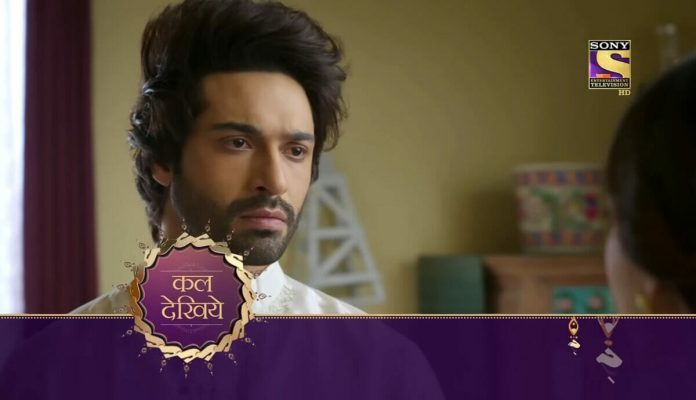 Sony TV’s show Mose Chhal Kiye Jaaye is gearing up with an interesting drama with Saumya decides to perform both the parents role in a puja when Armaan gets into an argument with her for throwing Prisha out. Later Prisha puts the baby’s life danger to take revenge from Saumya for humiliating her which Armaan learns so he strangles her and gives a warning to not to think about harming his babies.

In the current track it shown that Saumya tells Armaan that she will go to any extend for her babies. Prisha warns Saumya to not to insult Armaan which she won’t tolerate. Saumya taunts both Armaan and Prisha then throws Prisha out of the house.

She also decides to perform the puja alone so Armaan leaves the place with his father and Prisha. Prisha decides to teach a lesson to Saumya for humiliating her. Saumya names her babies and tells they are her world and its happiness. Later Saumya receives a call from someone who pretends himself as a delivery person so Saumya goes to get the parcel.

Prisha enters the house. She distracts Malini then put the red chillies in a high flame oil to suffocate the babies and leaves the place. Saumya finds no one downstairs so she returns home but she gets shocked seeing the condition of the house.

She realises that someone done this deliberately also tells Malini about her suspicion on Armaan. Malini informs this to Sushma. Sushma confronts Armaan but the latter gets shocked so he goes to Prisha’s house where he warns her not to repeat this again then leaves the house. The next day Saumya gets shocked reading the clauses included in the contract which she wanted from Veena. She questions Veena but the latter mocks at her.

In the upcoming episode it will be shown that Armaan Prisha and Saumya will be a part of a party. Armaan will taunt Saumya saying no one in the industry will accept her as their writer so just like her dream to defeat him in the custody this will also remain her one of the dream. Saumya will challenge Armaan. She will sing a song in the party but Armaan and Prisha will look bored and annoyed.

Will Saumya get a chance to become a writer in the industry? What will be Armaan’s next plan against Saumya?