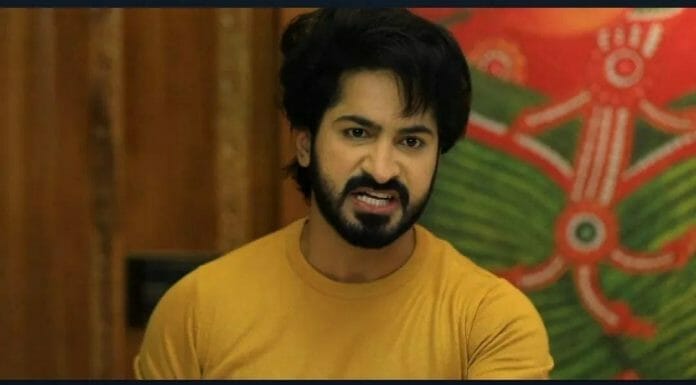 Vijay tv popular show “Mouna Raagam season2” starts after a break with lots of twist and turns. Now serial focusing on Varun will be upset!

In the previous episode we saw; Sakthi lost in her thoughts. Varun came there and pretended like help her to get her attention. Sakthi asked him to stop folding clothes she will do it. He demanded her to get ready to go out. She denied it but forced her to get ready. Varun tested her when did she get ready beautiful.

Varun informed to Anandi that he gonna teach driving to Sakthi so inform about this to his dad. Sruthi heard it and gets furious. Later Mallika was talking with Parvathy about her health condition. Karthick came there to join with them.

Mallika tried to leave from there but Karthick stopped her. He prepared coffee for both. Meanwhile Varun taught Sakthi how to drive. He spend quality times with her while teaching driving to her. Later Karthick sang for Mallika.

In the upcoming episode viewers will see; Sruthi will get furious seeing Sakthi spending happy time with Varun. Sheela will refuse to give medicine to Sakthi. Sruthi will plan to give wrong medicine to Varun to ruin his mental stability.

Later Sakthi will learn from Varun that Sheela won’t give medicine on his hand. Sakthi will get suspicious hearing it. Varun will be Furious hearing Goon chanted his statement in court.