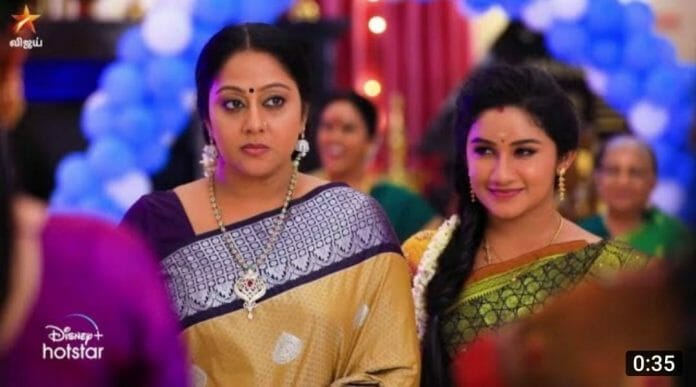 In the previous episode we saw: Kadhambari grew suspicious hearing Viswanathan meeting Sornam often . Later, Sruthi asked Sakthi to choose which dress she should wear on her father birthday party. Sakthi chose one for him and challenged her to perform the orchestra on his birthday without fail. Sruthi smirked at her and left from there.

Later, Sakthi saved Mallika and bring her back to home. Karthick decide to send the culprit to jail but Mallika denied it.

Sruthi will return to home and gets surprised to see the birthday arrangements. Viswanathan will learn that Mallika got escaped from his custody.

What will happen next? Will Shruthi get caught?

Will Sakthi take revenge on Sruthi?