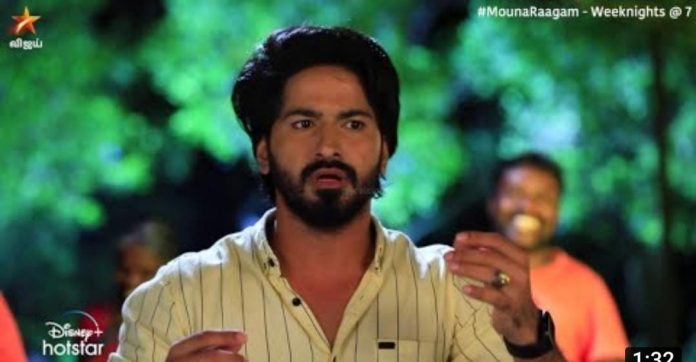 In the previous episode we saw; Varun disturbed neighbors with his song. Sukumar advised him to stop practicing in night. Varun pleaded him to give some idea to improve his voice. Sukumar asked him to drown himself in water till his neck and practice song.

Varun got ready to do it but he advised him to do it in morning. Next day Sukumar’s wife rushed to Sakthi’s home. She informed her that Varun was drown in water. Sakthi rushed to river to find him in such state. Sukumar revealed to her it was his mistake he advised him yesterday to do like that. Sakthi demanded him to bring him out of water. Somehow Sukumar convinced him and bring him out of water.

In the upcoming episode viewers will see; Varun will ask Sornam Is she handover the letter to Sakthi. She will lie to him that she waiting for apt time. Workers will mock at Varun’s terrible singing. Sakthi will indirectly guide him how to improve his voice. Later Varun will seek Sruthi’s help to practice song.

What will happen next? Will Varun win in the challenge? Will Sruthi plot against Varun?