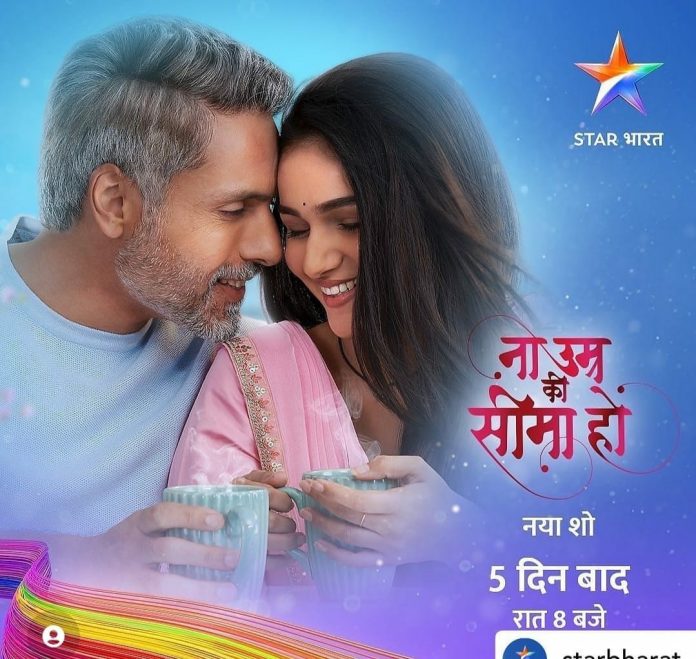 The episode starts with Bimla asks Vidhi to get ready asap to join in her work. Hariprasad says to them he has one condition for it. Vidhi will attend that office only for one month reasoning they will get to know in this one month Whether this work suitable to their family or not?

Bimla says to him she is agree to this. Hariprasad leaves from there. Vidhi asks her mom she doesn’t know what work they will give to her in office? Bimla tells her stop thinking about it all. They will give job to her according to her talent. Meanwhile Dev notices one boy staring a family eating ice cream. He feels pity for that boy and buy an ice cream for him.

Bimla and Seema are helping Vidhi to get ready. Vidhi prays to god. Neighbour comes there and gives sweets to them. Bimla notices her husband dressed up well. He says to Bimla it’s an important day in his daughter life. Our goddess going out to work so he wanna make sure how will she work there? Their relatives comes there making Hariprasad angry. They appreciates Vidhi for joining in work. Hariprasad scolds Bimla for seeing his relatives talking with Vidhi.

Doesn’t he gave permission to them to pray to God but not to poke their head in his family matters. Relatives says to him that she can able to understand he is angry on her she will never go against his words always. After they leaves Bimla feeds sweets to Hariprasad to change his mind. Neighbour gives sweets to Urmila and her husband and reveals to them Vidhi gonna join in Raichand company. He gets shocked to hear it.

Urmila is busy in talking with someone in phone. She didn’t hear it properly. She misunderstands that neighbour daughter gonna join in work that’s why he gave sweets to them. Her husband tells her it’s not his daughter but Vidhi whom gonna join in Raichand company. Urmila gets shocked to hear it.

Meanwhile Hariprasad takes Vidhi and Seema to orphanage. Vidhi gets scared seeing dog there. She pleads security to take this Rocky away. Vidhi apologize to Rocky but it’s bark in return making her scared. Later Hariprasad informs to Orphanage manager that Vidhi got a job. It’s an important day for her. Manager asks him to give all credits to his daughter.

She shares to him that one more person is there to love this kids the way Vidhi loving. She shows the decorations to him. He enquires her about him but she tells him that he strictly asks her to don’t reveal his name to anyone there. Even kids to share this matter to Vidhi. Vidhi enquires them whose that uncle helping them? They shares to her they don’t know his name. Vidhi shares to them that she loves them more.

They pretends like greets them when Hariprasad notice them. Hariprasad says to her that all are kind here. He gets surprise to see the interior work. Vidhi mistakenly pushes the flower vase down. Everyone attentions turns towards them. Kanika questions Vidhi how dare she to come here? Doesn’t she refused to work here. Then why did she came here? She lashes out at them and demands security to throw them out. Dev comes there and scolds Kanika it’s not the way to treat them in office. He apologized to them behalf of Kanika.

Precap; Dev will inform to Hariprasad it’s his office he is owner of Raichand company. He will give assurance to him that he will take care of his daughter and responsible for her safety. Vidhi will join in work. Kanika and her husband will decide to kick her out asap. Dev will ask the staffs to gather there but Vidhi is stuck in chair. Dev will help her to get up but her dress torn.

The episode starts with Urmila shows her anger on vegetable seller. Her husband asks her what’s bothering her? Urmila says to him, Hariprasad rejected such big offer. She has no idea why did Dev offered job to that mental? She heard Neighbours discussing something. Urmila asks her husband to join with them. Meanwhile Priest says to Hariprasad that he needs money immediately so he gonna sell this gold. Hariprasad asks him Is he arranged marriage for his daughter or needs money for her education? He denies it.

Hariprasad’s brother comes there and informs to all that Dev offered job to Vidhi but his brother rejected it. Neighbours says to him it’s not a easy thing to get a job in Dev’s company. Many people’s are working hard day and night to get a job in his company but here Hariprasad rejected his offer like this. They advises him to send Vidhi to work there. Vidhi and Bimla reaches there and hears their conversation.