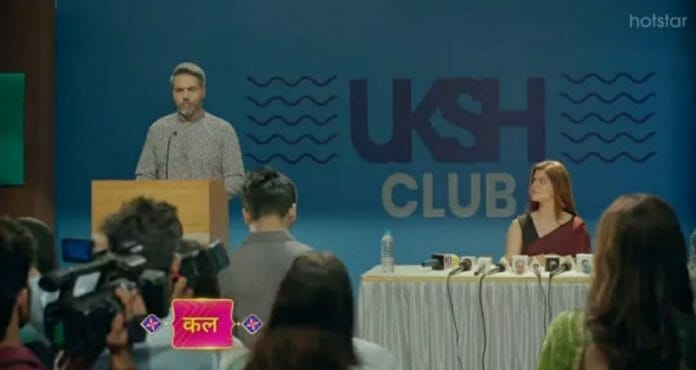 Na Umra ki Seema Ho is the newly launched show of Star Bharath. This show is about Vidhi, a young woman who falls in love with a middle-aged tycoon, Devratha! Now, the series focuses on Hariprasad give a nod to Vidhi, Dev Raichand marriage

In the previous episode we saw: Dev exposed Amba’s truth. Dev asked her why did she stoop this low to separate Vidhi from him. He cleared with her that he don’t have any feelings on her. He won’t love her. Vidhi complained to Amba that she didn’t thought about the pain her parents went through.She shouldn’t force someone to love her.

He won’t respond to her love if she forces him to marry her. She shouldn’t have forgiven herself if Dev had married Amba. Bimla came there and slapped her in anger.

She had never seen such a stone-hearted person in her life. Hariprasad torn the agreement paper. Amba was determined to take revenge on Dev. Later, Hariprasad gave permission to Dev and Vidhi’s marriage.

In the upcoming episode viewers will see; Abhimanyu will inform Dev that Amba has arranged a press meeting against Dev. Later, Amba will inform the media that Dev betrayed her. He promised to marry her but he chose a younger girl over her.